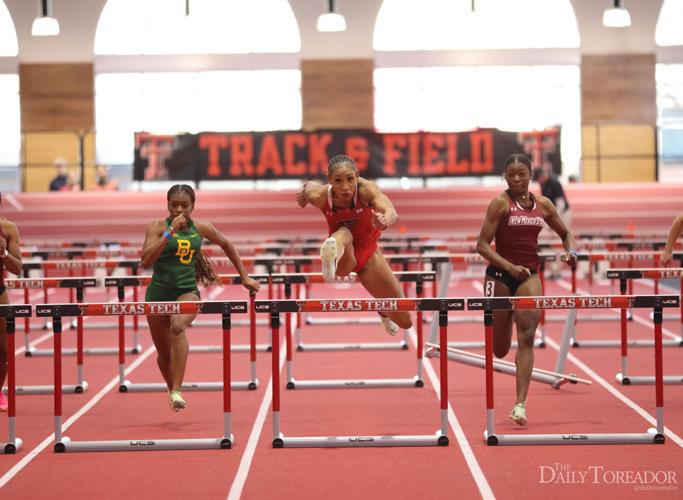 Demisha Roswell, senior sprinter, competes in the 60 meter hurdles race at the annual Corky Classic at the Sports Performance Center Jan. 14, 2023. Roswell broke her own school record with a 7.99 time in the event. 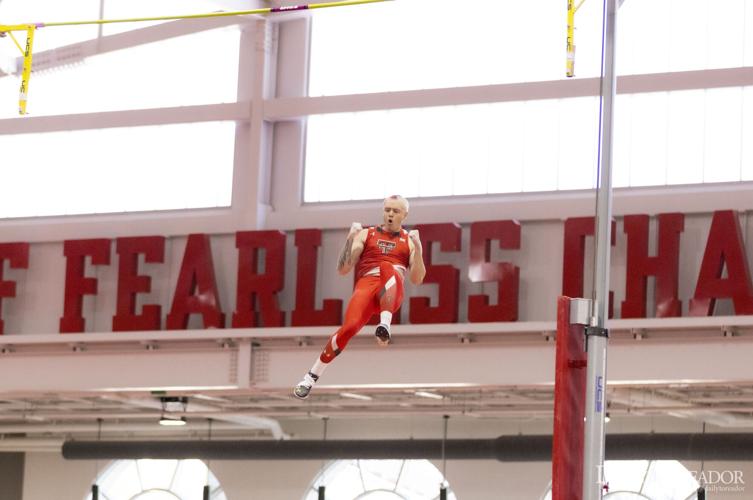 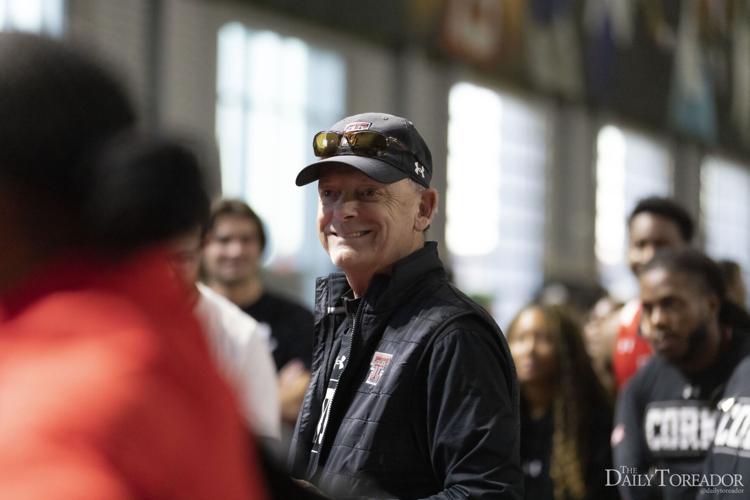 Wes Kittley, Tech track and field director, smiles while talking with the team after competing in the annual Corky Classic at the Sports Performance Center Jan. 14, 2023.

On Friday, both the women's and men’s weight throw groups saw top three placements, as junior Field Gatlin placed third in the women’s at 18.02 meters. Senior Jacob Mechler netted first in the men’s at 20.28 meters, and junior Konner Wood brought home third in the men’s with a new personal best of 19.20 meters.

“Good solid performance out of Chris, I know he wanted more and he’ll get a chance to do that,” Kittley said. “And then Onaara, that’ll be close to getting into nationals if not make it, she had a foul that was really out there. So just a real solid meet for both of them.”

Despite a successful opening day, Kittley has no concerns about peaking too soon.

“No way, we’re working them too hard to be,” Kittley said. “We’re doing really good right now and we gotta get the whole group together and it’ll get somewhere special.”