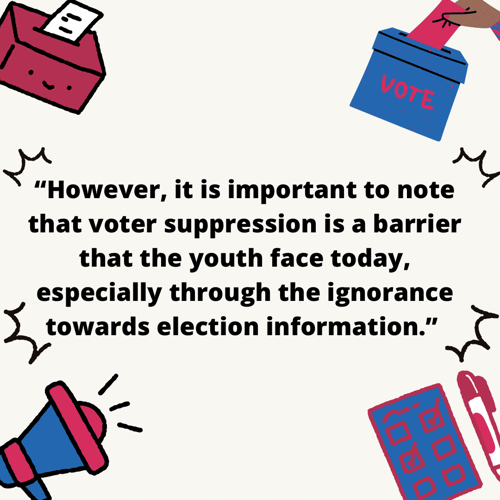 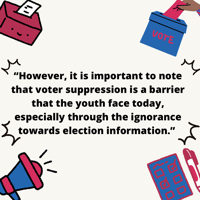 The first week of October is National Voter Education Week. This campaign promotes voter education and participation in the upcoming November elections. 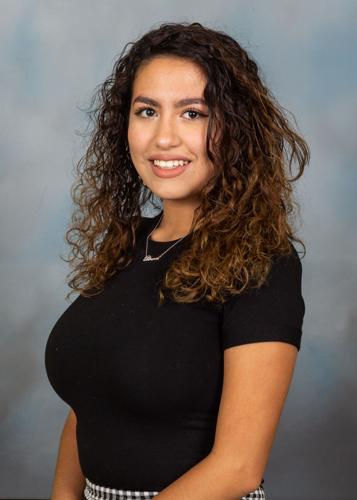 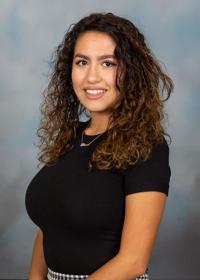 The first week of October is National Voter Education Week. This campaign promotes voter education and participation in the upcoming November elections.

The upcoming Nov. 8 elections will determine the outcome of many positions in local and federal government. The race for Governor in Texas is proving to be an extremely divisive election, with the call for voter registration for both parties being a priority for the respective campaigns.

Historically, the youth voting rate has been at a lower rate compared to the rate older voters participate. According to the U.S. Census Bureau, the voter turnout for the 2020 presidential election showed 76% for individuals 65 to 74, while the 18 to 24 age group had the lowest turnout at only 51.4%.

The lack of voter turnout for the youth can be explained by a variety of reasons. In a report by The New York Times, the work from political scientists Charles E. Merriam and Harold F. Gosnell described how habit formation, opportunity cost and alternative participation were factors in a lower voter turnout.

However, it is important to note that voter suppression is a barrier that youth face today, especially through the ignorance towards election information.

Turning 18 for the first time is exciting in many ways, nevertheless, the newfound role as an eligible voter is not emphasized enough during this transition.

Campuses should emphasize the preexisting resources for students wanting to vote. Voting locations on Texas Tech’s campus include the Student Recreation Center and the University’s library and give students the chance to exercise the right during Election Day(s).

Despite Tech offering these voting stations, it is not enough to spread awareness about active voter participation.

An increased amount of voter advocation through the university will help officiate this fight for voter education. Utilizing social media and campus organizations puts students at a higher rate of becoming educated on voting details.

Despite any political affiliation, it is important to educate all parties on their right to vote. For example, although Tech is a relatively conservative campus, liberal and other political parties deserve the opportunity to be informed and active on any political decisions.

Reaching out to all eligible voters on campus is the best way to improve youth voter turnout. The most effective way to begin voter participation is inclusivity with voter information.

Another obstacle young voters may face are the systematic disadvantages placed by external forces.

This act of voter suppression directly affects the youth group, more specially college students. Many students use mail-in ballots to vote in their hometowns. However, Abbott’s law makes the process more strenuous and difficult for these votes.

Senate Bill 1 actively bans offhand distribution of mail-in ballots, despite the qualification and eligibility for voters. This discourages access to these ballots for voters. Along with this, a 24-hour ban on early voting is implemented to deter voter participation.

These restrictions placed by Abbott manages to target youth, minority and lower-income groups. Students in these demographics will find it hard to cast their vote or even access resources for voting.

Change is vital in increasing youth voter turnout and this solution is up to the voters themselves.

Students must take initiative in becoming knowledgeable on seeking voting details and employ their right to vote.

While students should take on the internal forces that perpetuate voter ignorance, it is also up to universities’ to make use of their platform and shift the narrative towards the importance of voting.