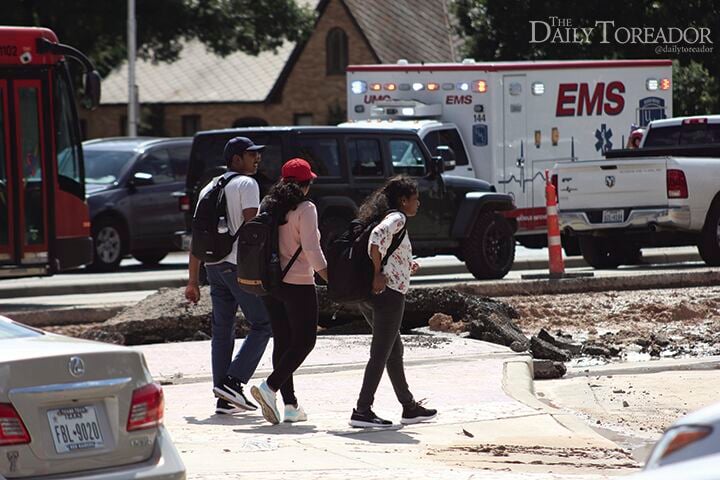 Three students walking across the heavy construction On 19th Street and Flint ave. 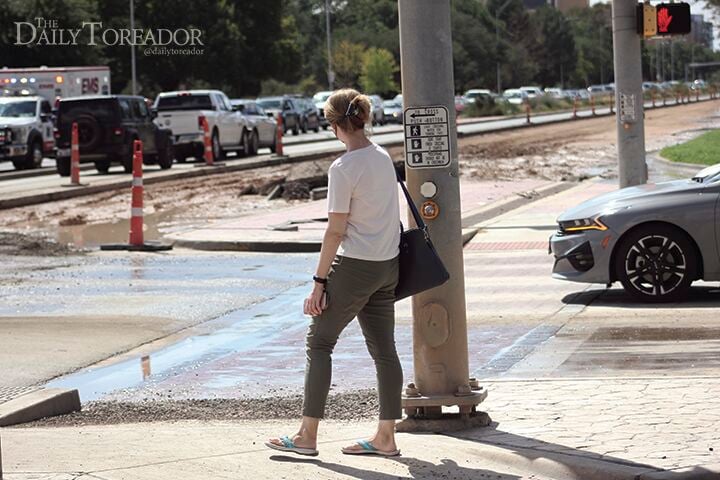 Student having to cross heavy traffic on 19th street and Flint ave. during construction. 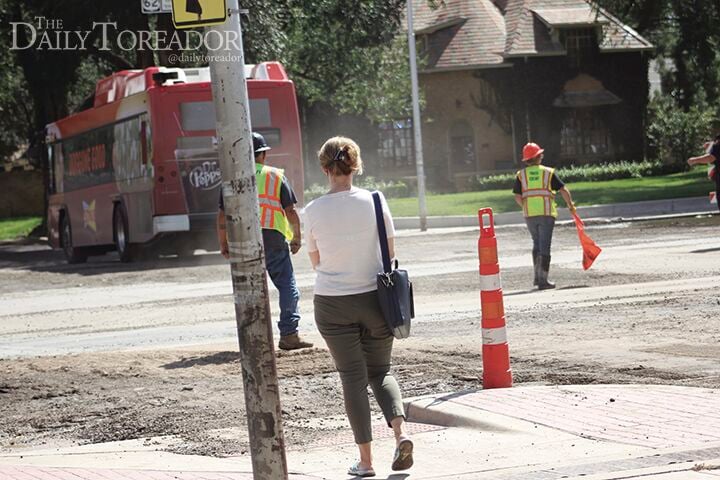 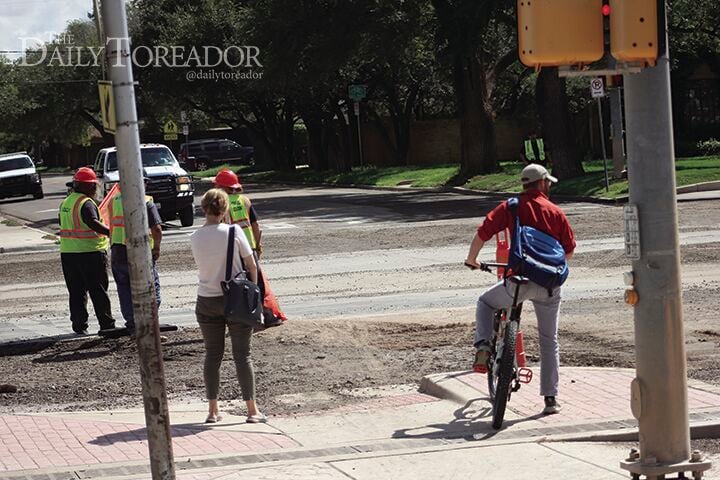 Thursday, September first, two students wait til the construction workers give them signal that it is safe to cross the intersection at 19th Street and Flint ave. 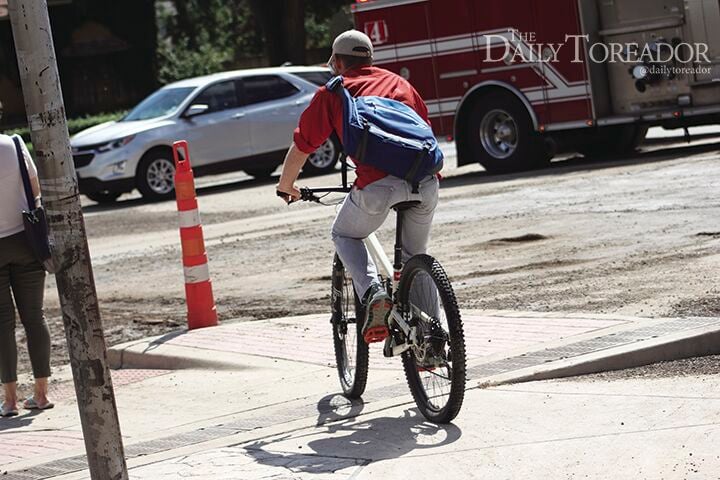 Student having to brake his bicycle at heavy construction zone on 19th Street and Flint ave.

Three students walking across the heavy construction On 19th Street and Flint ave.

Student having to cross heavy traffic on 19th street and Flint ave. during construction.

Thursday, September first, two students wait til the construction workers give them signal that it is safe to cross the intersection at 19th Street and Flint ave.

Student having to brake his bicycle at heavy construction zone on 19th Street and Flint ave.

Red Raiders returning for the fall semester are witnessing the changes being made to 19th Street, as construction has limited traffic to one lane in either direction as part of a $25.69 million project led by the Texas Department of Transportation.

TxDOT Lubbock District public information officer Dianah Ascencio said the portion of 19th Street adjacent to campus – initially expected to be completed in approximately four months – now will likely see some activity for the next year.

“For that particular area, we’ve had a couple of torrential rain events that have delayed us a little bit,” Ascencio said. “In construction, we try to estimate and come up with a schedule on how long we think it’s going to take in a particular area but there are always variables.”

The section of 19th Street between University Avenue and Memphis Avenue is one of two active work zones. The other being the eastern side from I-27 to Avenue Q. The rehabilitation project includes plans for improvements to the drainage system, sidewalks, traffic signals and lighting that will span a total of 3.3 miles.

Despite the delays, the project remains anticipated to be completed in summer 2025.

“Just because you have delays throughout the project does not necessarily mean that it pushes the entire project back,” Ascencio said. “A lot could happen. We could have some fantastic weather, everything could go just as planned without any other delays. Most projects have some days expecting rain delays.”

With football season in full swing, higher expectations and excitement have led to a corresponding increase of game-day traffic around campus.

“The main way (the construction) impacts us is the main bus route Route 19 on 19th Street. Our alternate route to get onto campus now is Route 5,” Ivins said.

Another adjustment Invins said CitiBus has undergone is drivers navigating through neighborhoods around 19th Street in hopes of avoiding the single-lane traffic.

Contractor Sacyr Construction USA began construction on 19th mid-June. Ascencio said it was intentional to start the project during a time when most students were off-campus for the summer.

“It was taken into account that the area around Tech has a lot of pedestrian traffic and a lot of vehicle traffic,” Ascensio said. “It was one of the areas we wanted to do first and get out of the way.”

Nojan Donesh, a third-year finance student from Houston, said he enjoys walking to class from his house located within a few blocks of campus. However, the construction on 19th Street has disrupted his plans.

“I drive a truck and as you know gas isn’t cheap right now. So, I try to use my legs as much as possible when I can,” Donesh said. “I was fine with leaving a few minutes early to save time for the walk, but now with the construction holding everyone up on 19th all the time, I’ve abandoned that idea.”

Donesh also said he hates how construction work can be an eyesore for extended periods.

For TxDOT, appeal can take a back seat to safety.