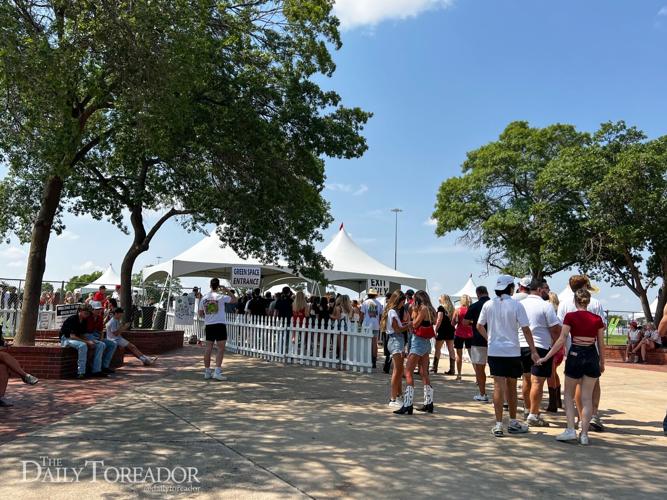 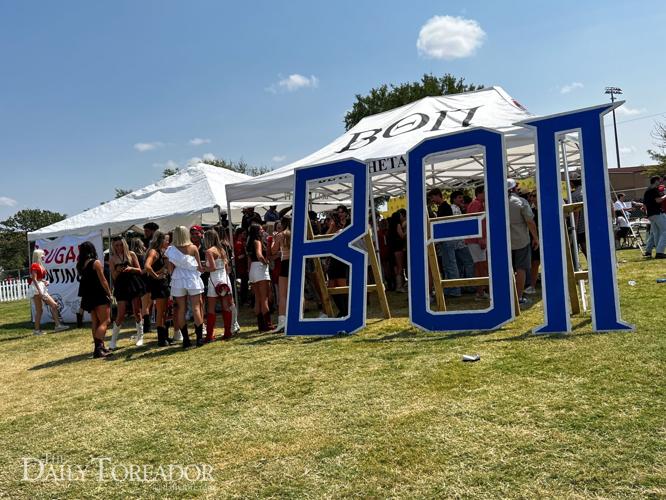 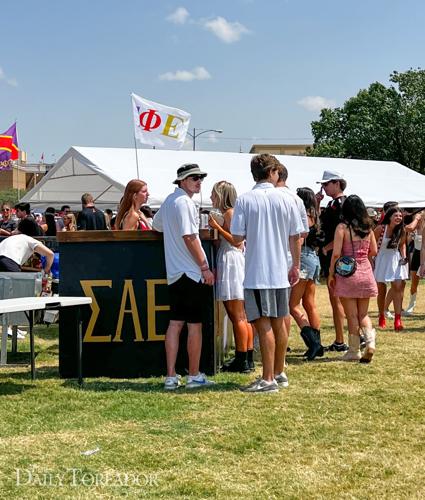 Students at beer trough getting a drink during tailgate event in Commuter North parking lot Sept. 10, 2022. 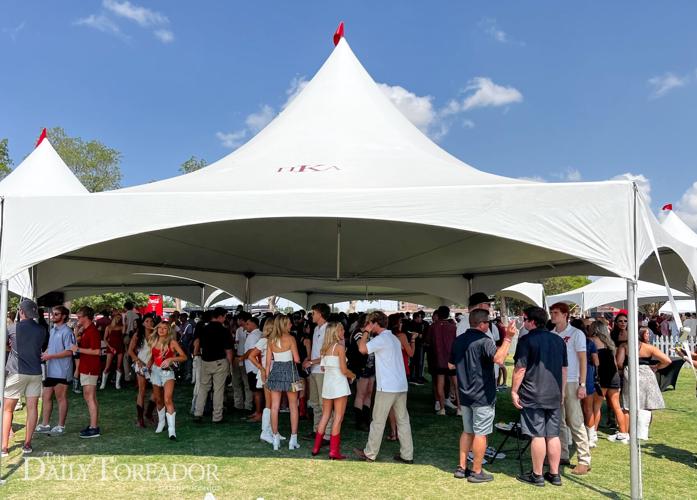 Students gathered under tent to stay out of the sun at the student tailgate event in Commuter North parking lot Sept. 10, 2022. 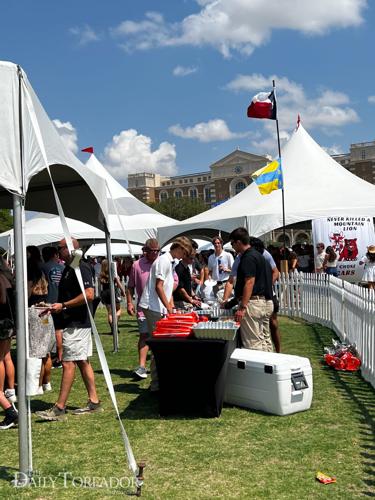 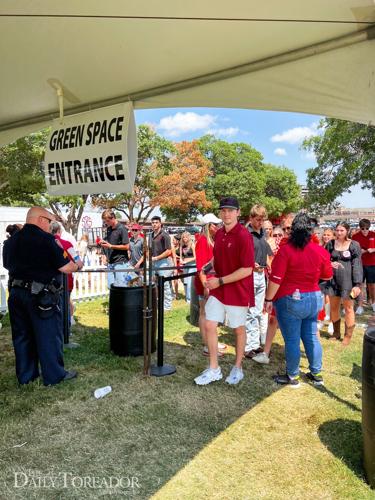 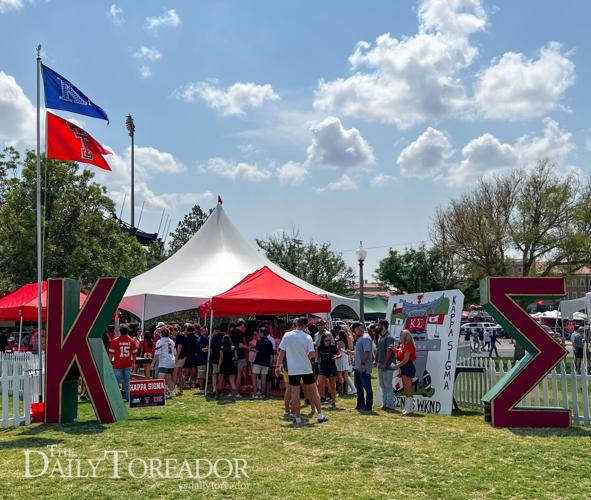 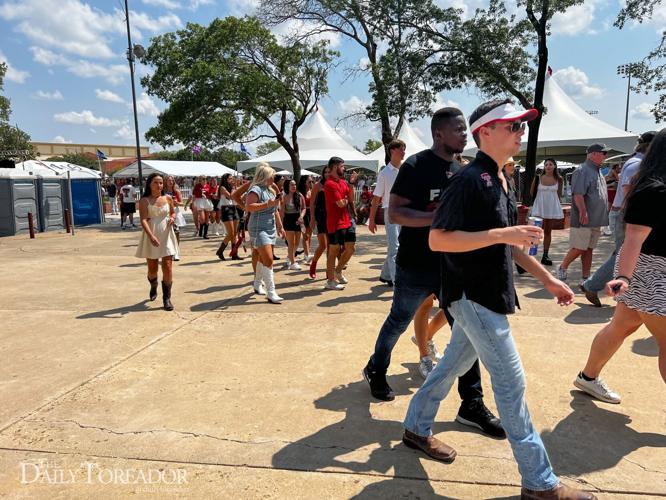 Students at beer trough getting a drink during tailgate event in Commuter North parking lot Sept. 10, 2022.

Students gathered under tent to stay out of the sun at the student tailgate event in Commuter North parking lot Sept. 10, 2022.

Game-day Saturdays bring Red Raider fans far and wide as they prepare their hearts and stomachs for the excitement of tailgates at Raider Alley before heading to Jones stadium for the game.

With the heat and amount of people flooding into the campus for the festivities of tailgates, staying safe is more important than ever. Students at Tech have developed their own ways of staying safe through the heat and the flood.

“I'd say you should definitely wear sunscreen,” Mason Brunson, a first-year information systems major from Arlington said. “You can get dehydrated pretty quickly, so stay hydrated and stay in the shade.”

Sarah Pugh, a second-year electrical engineering major from Houston said staying hydrated is an easy task as water is available everywhere during tailgates and during the game.

“They have water literally everywhere. So just go get water. It's not a big deal,” Pugh said. “I would carry an electrolyte packet like liquid IV or something like that. Just carry that around and if you get super duper hot, just pour it in.”

Pugh said staying in groups is also very important for students to stay safe especially during the games as there are many people around.

Derek Delgado, a fourth-year agriculture and applied economics major from Pleasanton said he and his friends always make sure to stay hydrated and bring a designated driver in order to stay safe at tailgates and games.

“With my friends and I being the proper age to drink we always make sure we have a designated driver before and after the games,” Delgado said. “With the heat and stuff, we just stay hydrated and make sure we have snacks and stuff.”

As many Red Raider fans gather into Raider Alley before each game, the Texas Tech Police Department is right there next to them keeping them safe.

“We have officers out patrolling the campus 24/7/365,” Amy Ivey, Administrative Captain of the Texas Tech Police Department. “We also hire additional help on game days to help patrol and monitor all the events.”

Ivey said the TTU Police Department tailgates usually run without issues that need to be handled by the police; however, most of the problems they do encounter are due to alcohol.

Ivey said the TTU police rarely have trouble with students that drink too much before the game, but in situations where that happens, the student will be turned away at the entry gate and police will handle the situation discreetly.

“It depends totally on the circumstance but if a student is intoxicated to where they are a danger to themselves or others then they can be turned away,” Ivey said. “The officer has discretion on what to do with the individual(s) who drink too much and cause problems.”

“Make sure you are being responsible when it comes to tailgating along with being responsible if you are going to drink at tailgates. Always drink unopened drinks and never leave your drink unattended,” Ivey said. “Have fun and be responsible.”