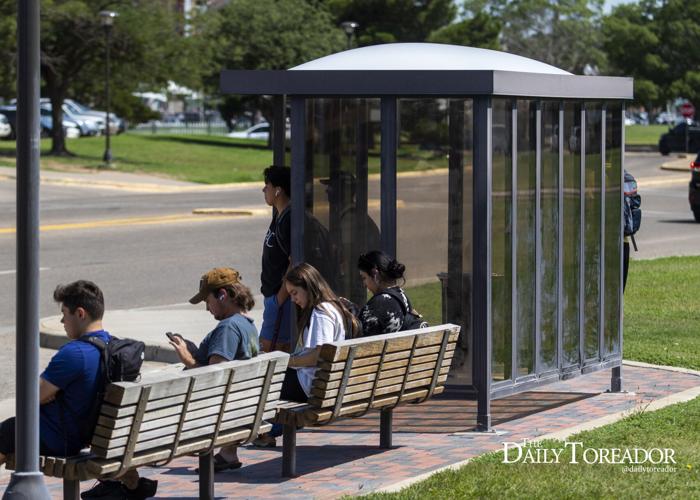 Students wait for Citibus to arrive in front of Rawls College of Business Sept. 6, 2022. 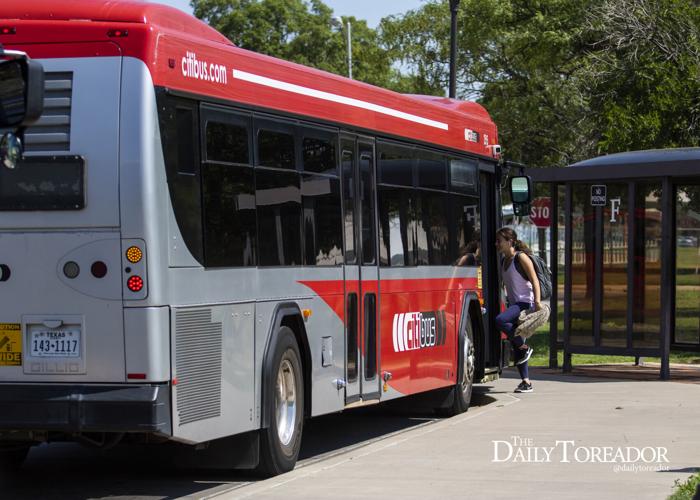 Red Raider gets on Citibus in front of Rawls College of Business Sept. 6, 2022. 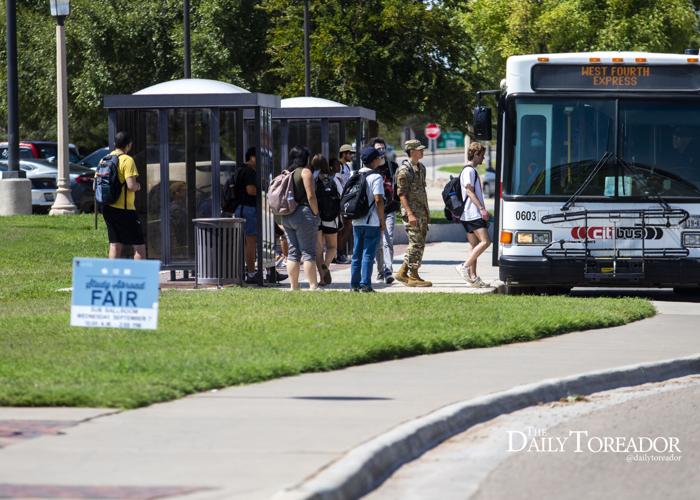 Students load on to Citibus in front of Rawls College of Business Sept. 6, 2022.

Students wait for Citibus to arrive in front of Rawls College of Business Sept. 6, 2022.

Red Raider gets on Citibus in front of Rawls College of Business Sept. 6, 2022.

Students load on to Citibus in front of Rawls College of Business Sept. 6, 2022.

Texas Tech has an enrollment of over 40,000 students, and most of them attend classes at the main campus. Because of this, parking spaces are limited and walking simply is not feasible for most students. To counteract this, many students have started using the bus system to get to classes.

“I just started using the bus,” Wyrick said. “The first day of classes is when I rode the buses for the first time. I was nervous I wasn’t going to be able to figure it out or it was going to be difficult, but it is not at all.”

Wyrick said that her only frustration with the buses on campus have to do with the app.

“I haven’t really had any bad experiences with the buses,” Wyrick said. “The only thing is the time on the Double App Map may say the bus will be there in three to five minutes when really the bus has already came. But since there are multiple buses running at one time it’s not really too big of a deal.”

Wyrick also likes that using the bus is already included in her tuition, and very convenient.

“I think the bus is really easy,” Wyrick said. “It’s already included in your tuition and much better than paying all of the TTU Parking tickets. It doesn’t take too much time. I walk to the bus stop 30 minutes before my class starts and I’m in my classroom five to ten minutes before it begins.”

Other students feel the bus system is lacking such as Nellie Carruth, a second-year psychology student from Waco, who said she hasn't had the best experiences with the buses.

Carruth said she has used the bus systems in other areas and that she wishes the ones at tech were more up to speed.

“I’ve used it since the fall semester of 2022,” Carruth said. “I’ve used the bus systems in New York City and Europe, and they honestly are a lot more punctual and organized.”

Carruth said that her frustrations come from the bus making her late to class.

“There is only one bus stop for me on campus which is a far walk for most of my classes,” Carruth said. “The bus drivers are often late and have caused me to run late to classes due to their lengthy stops and talking to other people.”

Allison Hirth the senior director of media and public affairs for the Office of Communications and Marketing provided some tips for students using the bus system to ensure they get the best use out of it.

“We encourage students to arrive early, giving themselves extra time in case they miss a bus,” Hirth said. “Students also should familiarize themselves with the route maps available online.”

Hirth wants students to remember that there will be multiple opportunities to find a bus to take to class.

“Please remember the times listed on the route maps are departure times and not the time buses are scheduled to arrive at a particular stop,” Hirth said. “Also, if a student cannot board a bus because it is at capacity, the next bus will be available in approximately five to six minutes.”