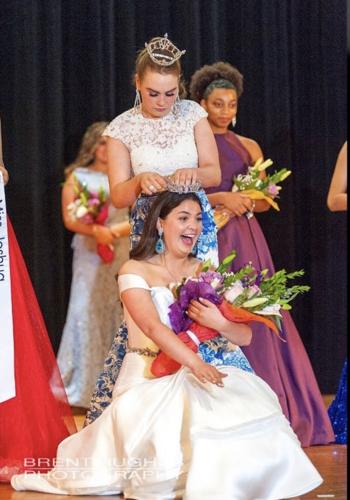 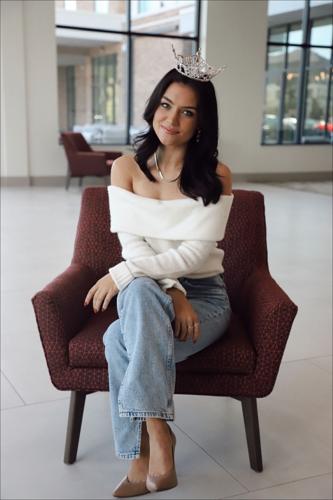 Courtesy Photo sent to The Daily Toreador by the guest contributing writer of Nicole Wingard.

Courtesy Photo sent to The Daily Toreador by the guest contributing writer of Nicole Wingard.

Editor's Note: The guest contributing writer and one of the sources are related

Before the Miss Texas pageant candidates hit the Eisemenn Center stage on June 25. in Richardson, Texas. Two contestants who go to Texas Tech University are preparing to compete for their dream job of Miss Texas.

For Nicole Wingard, senior at Texas Tech and Miss Westlake, she is handling her studies and preparing to hopefully take home the crown.

Wingward said she believes the key to success in juggling the role of a titleholder and being a college student is making a schedule and sticking to it.

The four points of the crown in the Miss America system stand for style, success, service, and scholarship, according to The Four Points magazine.Therefore- Miss Texas hopefuls are constantly trying to manage preparing for the pageant and serving their community, while having a full class load.

“Whether it be pageants, or student government, or being a college athlete- it’s all about your time management. So, I have a very detailed schedule where I know exactly what I’m doing from the minute I wake up in the morning, until I go to sleep at night,” Wingard said, who is involved in a number of student organizations at Tech.

The Lubbock community is invested in helping Tech students and Wingard explained that local Lubbock business owners have sponsored her by offering their products and services to her in exchange for promoting their local business.

Thinking back on all the people supporting her in Lubbock, she explains that people in the Tech and Lubbock community are excited about the work Miss Texas candidates are doing and interested in how they can work aside and support the pageant queens.

Paris DuPré, senior at Tech and Miss Joshua, said Tech is a strong resource for her preparation for Miss Texas and they even have a new Miss America exhibit at the Texas Tech Museum that she encourages other Tech students to go out and see.

The four stages of competition in the Miss Texas pageant include interview, platform statement, evening wear, and talent. The Miss Texas and America system removed the swimsuit category in 2018 according to The New York Times.

The thing that initially attracted DuPré to the Miss Texas pageant she said was the talent portion of competition because she has a passion for singing.

DuPré explained that her studies in school and preparation for the Miss Texas pageant have interlapped because she is constantly training and working on her singing voice as a BFA musical theatre major.

However, DuPré is also hard at work developing her platform that she said she believes can help and inspire people all over the state of Texas. Most titleholders pick out a platform that is near and dear to their heart, and that is exactly the approach DuPré took.

“I went through a lot with my mental health, and I’ve overcome it, so I want to share that with other people,” DuPré said.

While DuPré said mental health can be a taboo topic, she understands that having open conversations about it can encourage others to reach out if they need help.

Most people might think that the Miss Texas pageant is just about the “glitz and the glam,” however, Wingard said it is really about the service behind the job.

“To me, to be a pageant titleholder is to have a heart of service," Wingard said. "Preparation is hard and it is intense, and every girl wants to win, including myself- but at the end of the day, the title really means nothing unless you’re impacting people.”

Wingard works with an after-school program called “Power of Positivity,” where they talk to girls about what positive self-talk looks like and learn how to have joy and happiness with themselves and others. This program allows Nicole to go into West Texas schools and bond with the girls through community service projects and outdoor exercise.

“It’s something I’m really passionate about and I’ve been working on it since August. But it really starts to kick in January and February when the competition gets more intense.”

When reflecting on what it would mean to be Miss Texas, DuPré brings up the fact that it is an opportunity to change people’s lives on a larger scale.

“I would be able to share my talents and platform with Texas specifically, but also with America, because we are in the Miss America Organization,” DuPré said.

The Miss America organization fosters ambition, education, and success, and Wingard expresses that being Miss Texas has been a dream of hers since she was 16.

“It would be the greatest honor ever to be Miss Texas,” Wingard said.

Both Tech students, DuPréand Wingard won their titles early in the pageant season, so they have an time to refining their talent, brushing up on their interviewing chops and developing their platforms.

The Miss Texas local pageants began August 8th and will continue up until the state pageant in June.