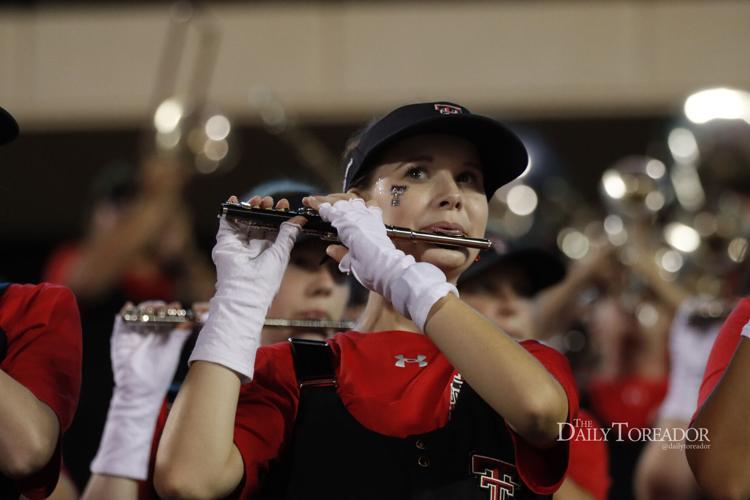 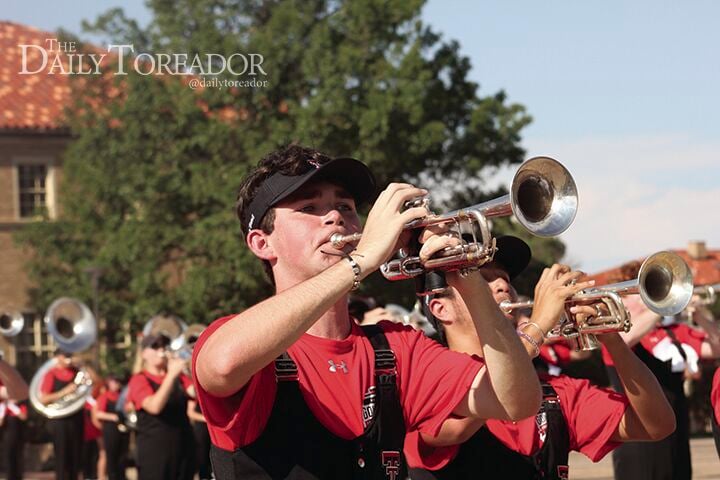 Trumpet player from he Goin’ Band “screams” a high note at the end of the Fan Performance on Sept. 3, 2022. 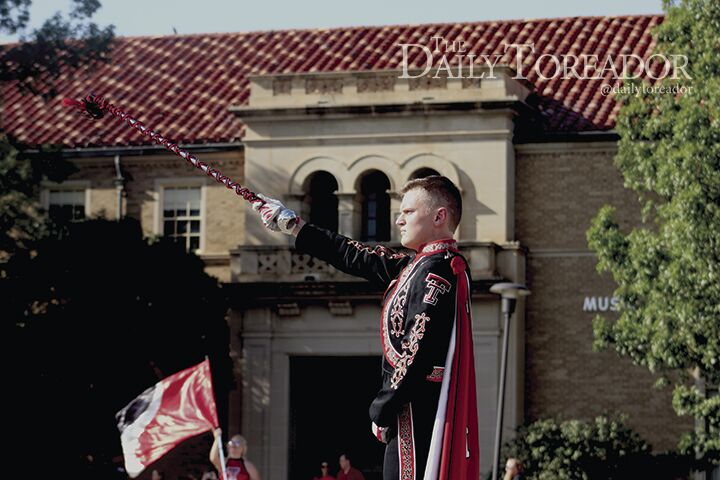 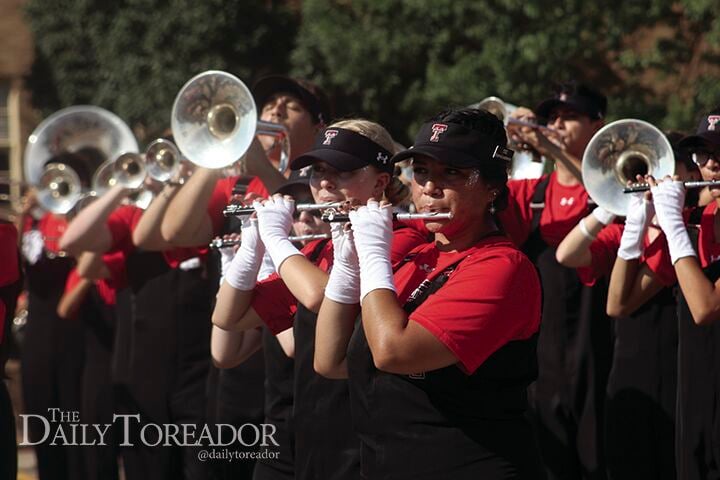 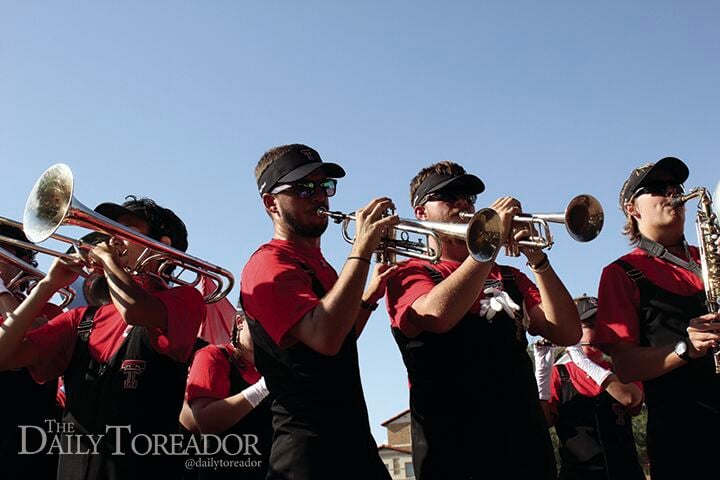 Performers from the Goin’ Band from Raiderland get close to the fan audience at the end of their performance on Sept. 3, 2022.

Trumpet player from he Goin’ Band “screams” a high note at the end of the Fan Performance on Sept. 3, 2022.

Performers from the Goin’ Band from Raiderland get close to the fan audience at the end of their performance on Sept. 3, 2022.

The Goin’ Band from Raiderland was established in 1925 and is the oldest student organization on the Texas Tech campus. To this day, they prepare to perform during the Red Raider football games.

Eric Boatman, a fourth year music education and clarinet performance student from McKinney, said the band has been hard at work this year putting on performances that the entire band is very proud of.

“Starting in mid-August we have gotten up at the crack of dawn to practice our pregame and halftime shows along with learning all of our traditions,” Boatman, who plays the clarinet and is head drum major, said. “The hard work everyone has put in is remarkable and I think the audience will really enjoy what we perform. Even with all of the rain we’ve gotten, I think every member is still determined to perform at a high level.”

As a first-year student, Kate Tucker said the band has been working hard to prepare for this season with practices that ran from 9 a.m to 9 p.m. or 7:15 a.m. to 9 p.m. Tucker, a pre-medicine student and trumpet player from Lubbock, said these long rehearsals are tiring, but helped her get the show music and marching style down.

Boatman said the Goin’ Band has a great tradition of excellence and energy that carries over into game days.

“There is nothing like game day at Texas Tech. The game day atmosphere in the Goin’ Band is electric and the excitement is felt by everyone,” Boatman said. “We get so excited to cheer on our team and we look forward to performing before the game and during halftime. Our relationship with the football team continues to stay strong and it makes me proud to be a Red Raider.”

Texas Tech has one of the best pregame performances in the country, Boatman said.

On Aug. 25, The Goin’ Band announced it was invited to march in the Macy’s Day Parade in November 2023, bringing even more excitement to the band this season.

“Next year, the Goin’ Band will bring the same energy it always does. The parade will be a big focus as the organization goes to the biggest parade in the country, but we still have halftime performances, and many other pep rallies as Texas Tech celebrates its Centennial Celebration,” Boatman said. “Our tradition of excellence sticks with us each year no matter how far we travel and it is one of the things I really love about the people here. Everyone in the 2023 Goin’ Band deserves this incredible opportunity and I am so proud of them.”

During the opening performance of the home football game on Sept. 2, The Goin’ Band formally announced their invitation to the parade and performed their show.

“This show will also be our closing halftime show at the very end of the season. This year we have to be on top of things, giving our absolute best to every rep at every rehearsal,” Chloe Ellis, a second-year music education student and trumpet player from Frisco, said. “We have to show everyone what the Goin’ Band can do. We will have to practice different things than we normally do for our pregame and halftime shows, like gate turns and other parade fundamentals.”

“I think whether you are a current performer, alumni, or someone that just happens to walk by and hear us rehearse, there is a special place in everyone’s heart for the Goin’ Band,” Boatman said. “The sky's the limit for the Goin’ Band and we cannot wait to start our season and show the country why the Goin’ Band is the greatest band in the land.”