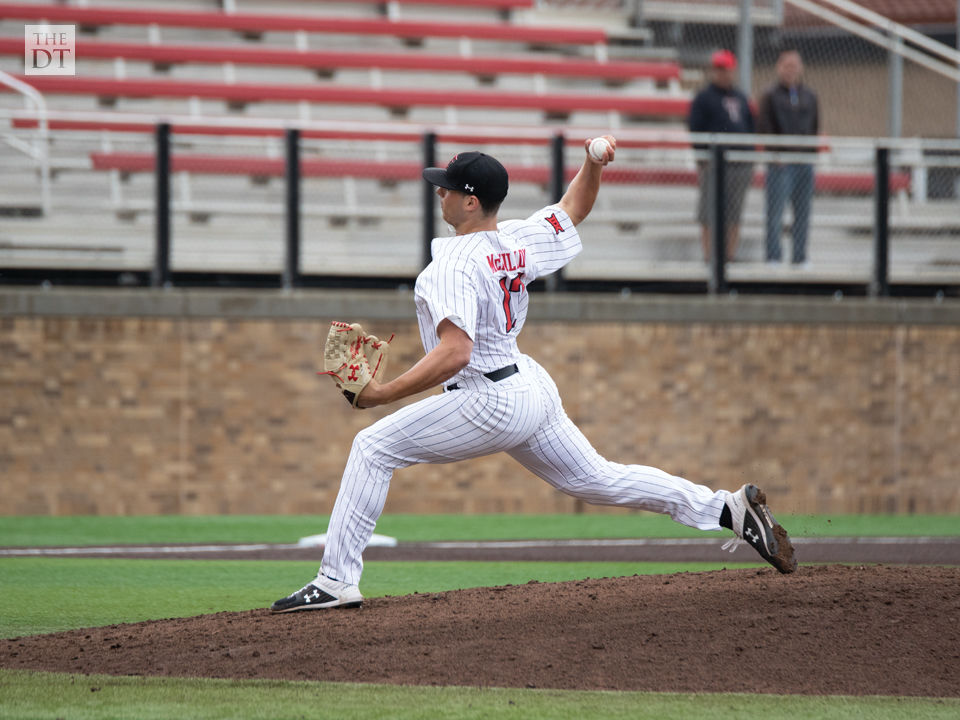 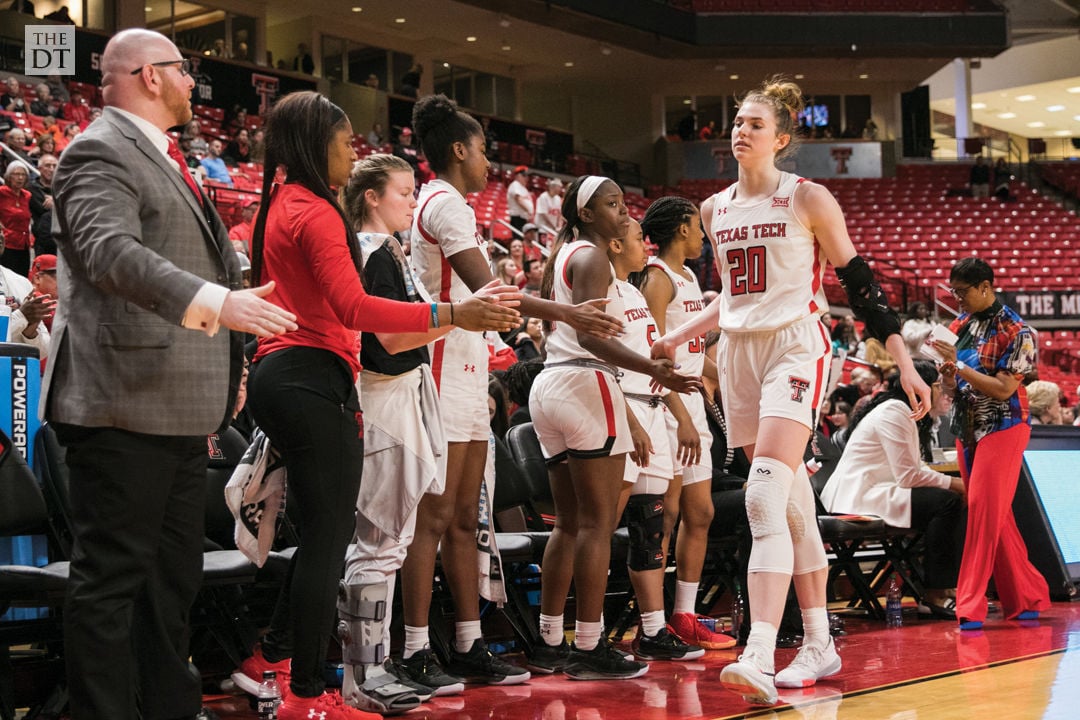 Senior forward Brittany Brewer receives high fives from teammates and coaches after fouling out during the Texas Tech vs. West Virginia women's basketball game at 8 p.m. on Mar. 4, 2020 in the United Supermarkets Arena. The Lady Raiders lost to West Virginia, 71-69. 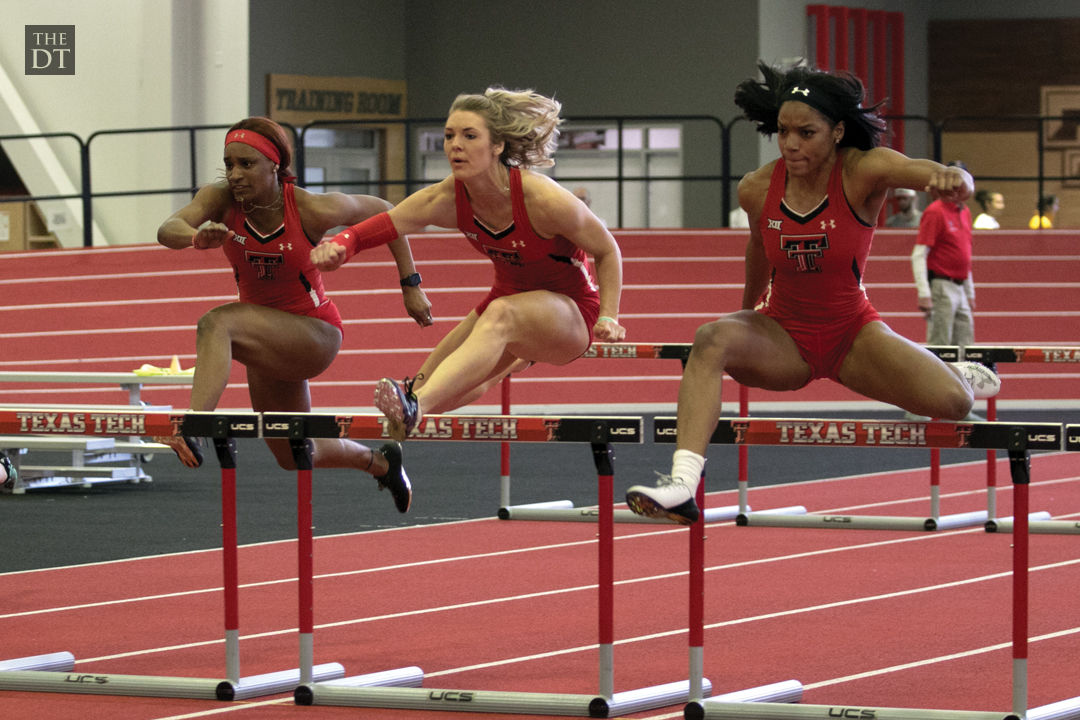 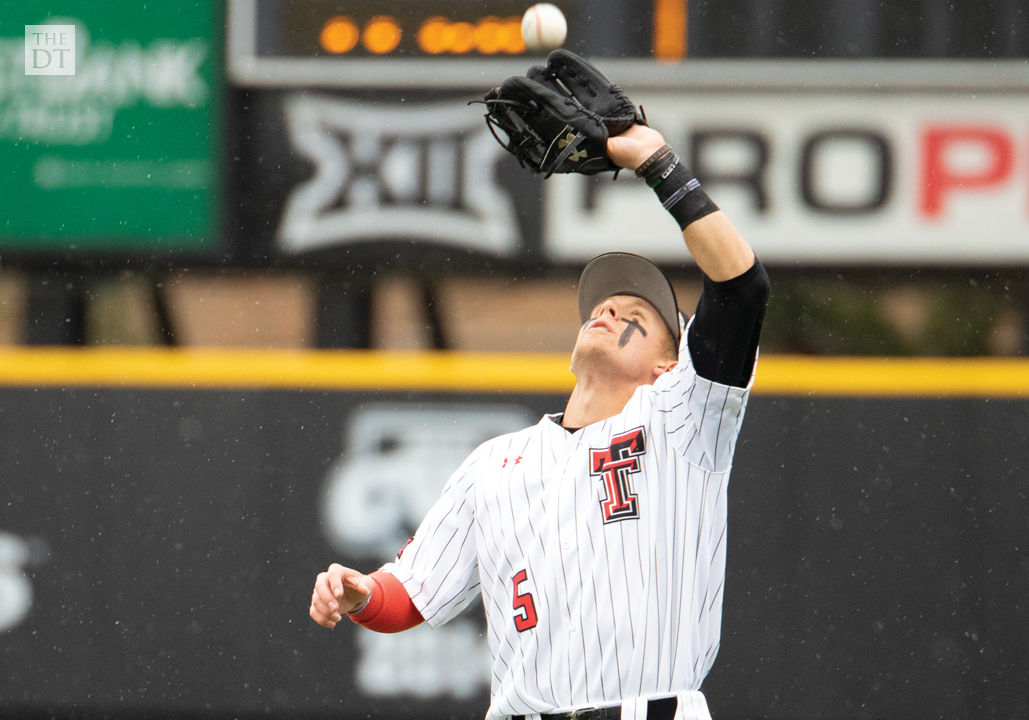 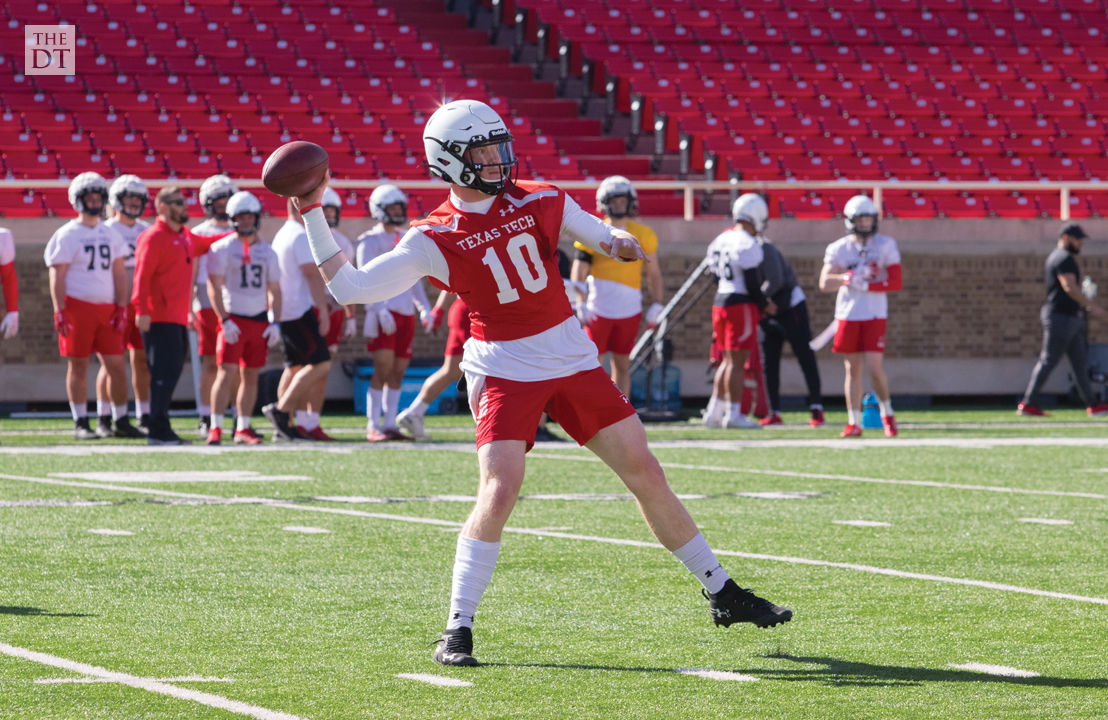 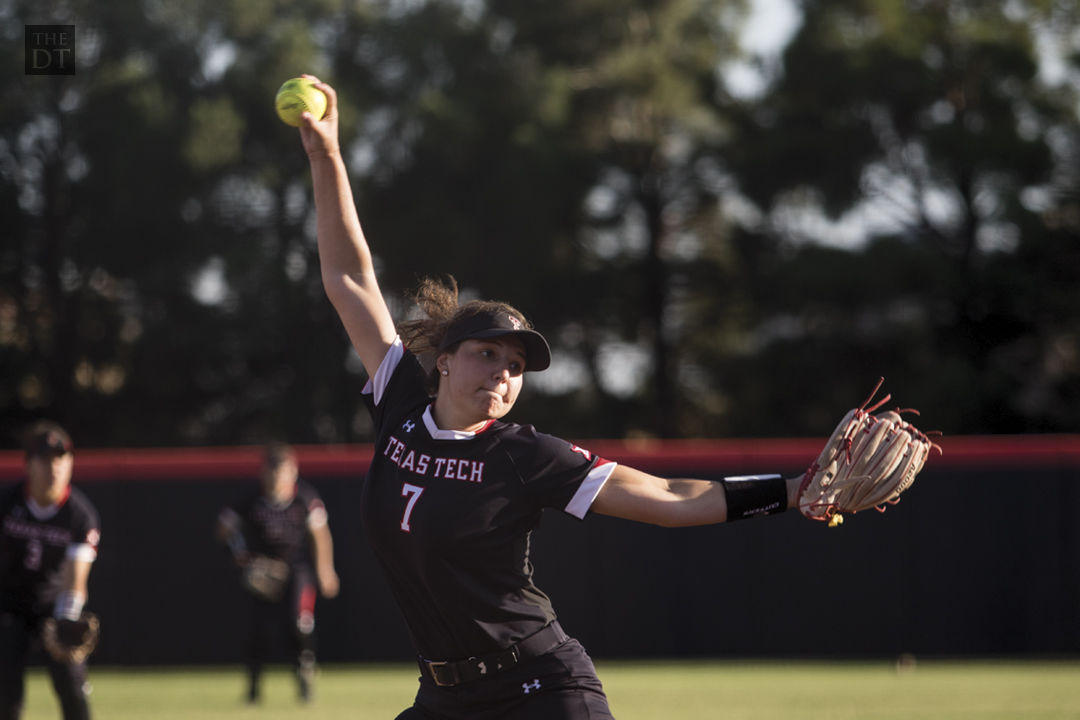 As the majority of the sports world has seen suspensions or cancellations to its respective events, Texas Tech has also been affected in several ways over the last two days, ultimately ending with a regular-season ban by the Big 12 Conference on Friday.

The men’s and women’s basketball teams were the first to experience the effects of COVID-19 concerns. Both the Red Raiders and Lady Raiders were set to participate in their respective Big 12 Tournaments in Kansas City, Missouri on Thursday. With rising concerns about the spread of COVID-19, the games were set to be played without fans in attendance as each team was given 125 tickets to the game. Before the games even started, both tournaments were canceled by the conference.

As the conference tournaments were canceled, the teams still had hoped to finish their seasons as the NCAA Division I men’s and women’s basketball teams was still set to be played without fans. Later in the day, the NCAA announced it would cancel the basketball tournaments, along with the remaining winter and spring NCAA championships.

With Tech’s basketball teams’ seasons ending abruptly, seniors Brittany Brewer, Chris Clarke and TJ Holyfield played their last games without knowing. Brewer has had a historic career as a Lady Raider after recording 1,464 points, 908 rebounds and 289 blocks in her four seasons at Tech. Her career was highlighted by her senior season, recording a career-high 299 rebounds and 127 blocks while also tallying 1,464 points. She also led the Lady Raiders to an 18-11 overall record, the best since Brewer’s arrival at Tech.

Both Clarke and Holyfield were graduate transfers and both led the team in rebounding as Clarke grabbed 199 boards and Holyfield followed with 141 rebounds. Clarke also led the Red Raiders with 137 assists while Holyfield led the team with 50 blocks.

Another canceled championship affected nine Red Raiders and five Lady Raiders as they were not able to compete at the NCAA Indoor Championship. Tech’s 14 athletes that were set to compete in Albuquerque packed up their bags and headed back to Lubbock.

This championship was going to be Bartley, Hedeilli, Bray, Oladipo, Hall, Okoronkwa and Hinton’s last indoor meet of their collegiate careers. Hedeilli was headed to the championships after winning the Big 12 title for the 1000m and mile. Oladipo and Bray were set to compete, holding the program records in their respective events, the weight throw and pole vault.

For the senior and graduate students on the women’s side, Okoronkwa and Wall qualified for the pole vault, marking the first time in program history that two Lady Raiders competed in the NCAA championships. Hinton was set to compete in her first NCAA Indoor Championship after bouncing back from an injury suffered last season.

Along with the basketball and track and field, the baseball and softball teams were also affected. After already opening the Rainbow Wahine Classic with a shutout win over Hawaii in Honolulu, the remainder of the classic was canceled and the Red Raiders headed back to Lubbock, missing four remaining games. The baseball team’s conference-opening three-game series against West Virginia was also canceled after receiving notice that the Mountaineers were not going to travel to Lubbock.

With the spring sports’ championships being canceled by the NCAA, neither the softball or baseball team will get a shot at the national title. The Red Raider baseball team looked to have one of its deepest rosters in program history after starting the season 16-3, consistently ranking as a top-three team in the nation.

Despite the NCAA later announcing that spring sport student-athletes would receive an extra year of eligibility due to the unprecedented events, several concerns have been brought up. While Brain Klein, John McMillon and Connor Queen are the only three seniors on Tech’s baseball team, the NCAA has not provided an update on if they will change the rule of allowing just 11.7 scholarships to be split between a maximum 27 players or the rule of the 25 percent minimum scholarship requirement. This also will impact the future of the program as fewer recruits will be able to be brought in as college baseball teams are limited to a 35-player roster.

The softball team was bouncing back from a rough stretch of games, riding a seven-game winning streak to post a 17-9 overall record. Last season, the Red Raider made it to the Regional round of the NCAA Tournament and were looking to make a deeper run this season with the senior leadership from Missy Zoch, Karli Hamilton, Gigi Wall and Shelby Henderson. Despite receiving another year of eligibility, the Red Raiders were looking to make their mark this season.

Along with the baseball and softball team’s contests being canceled this week, the Big 12 Conference announced it would suspend all regular-season competitions for the remained of the season. The baseball team missed 37 games while the softball team will miss 27 games.

Aside from Tech’s baseball and softball teams being affected by this, the men’s and women's golf and tennis team's seasons have been canceled for the remainder of the season. Junior Sofia Garcia was also supposed to compete in the Augusta National Women’s Amateur, which was postponed.

Although the football team is not in season, the Big 12 announced that all out-of-season practices are also suspended until March 29, affecting the Red Raiders’ spring practice schedule. This would suspend four of the Red Raiders’ nine remaining scheduled practices.

Along with all of the sports being directly affected, every Tech sport was affected as the Big 12 announced that all on- and off-campus recruiting would also be suspended until March 29. Adding on to recruiting restrictions, the NCAA Division I Council Coordination Committee banned all in-person recruiting until at least April 15. Phone calls and written correspondence will still be allowed.