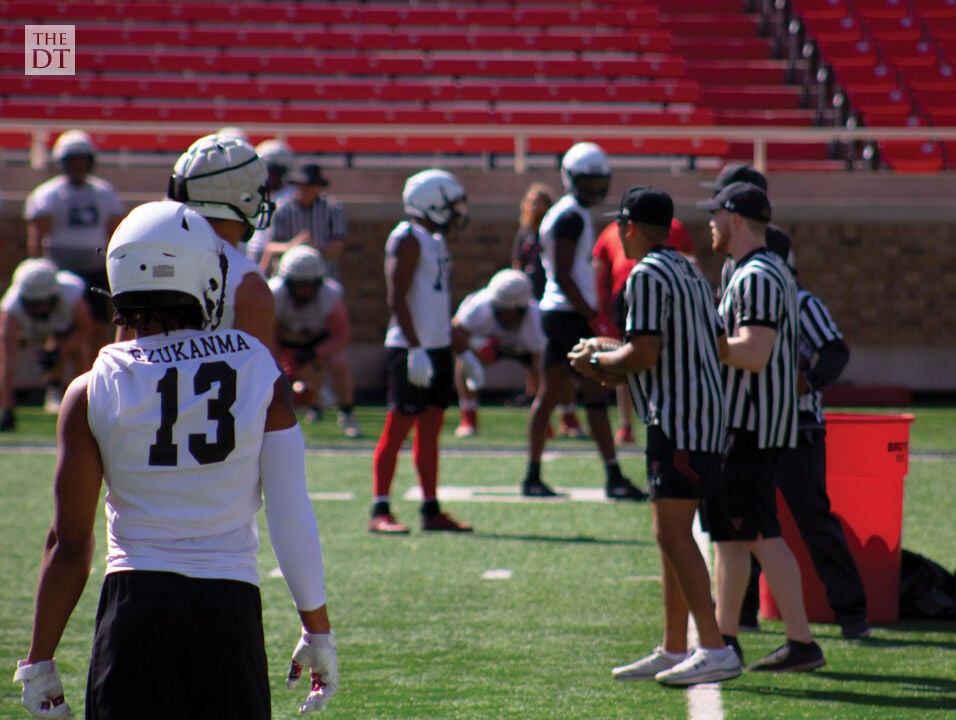 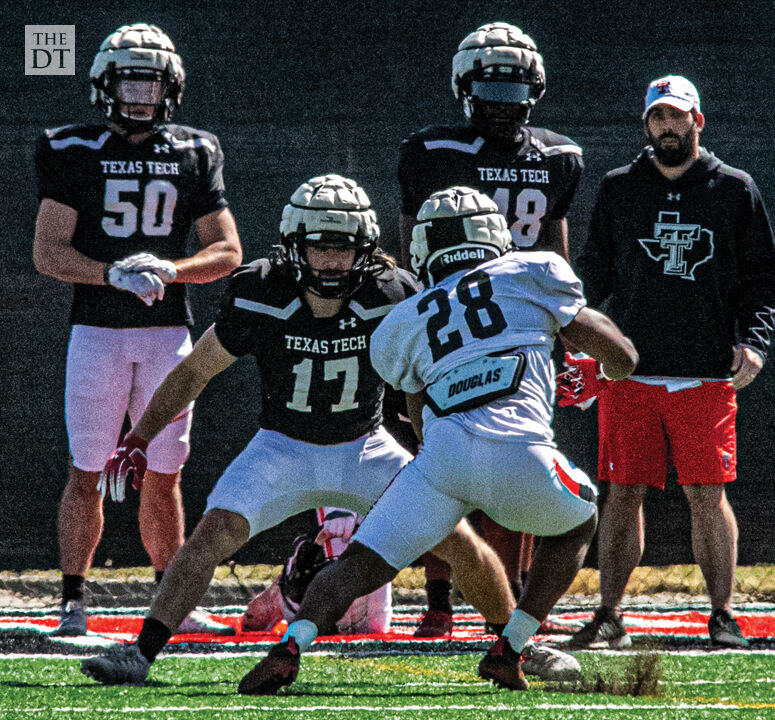 Tahj Brooks, a sophomore running back from Manor, tries to get around Colin Schooler, a senior line backer from Dana Point, California, during practice.

Tahj Brooks, a sophomore running back from Manor, tries to get around Colin Schooler, a senior line backer from Dana Point, California, during practice.

Senior linebacker Colin Schooler and junior wide receiver Erik Ezukanma both were named to watch lists for the 2021 football season on July 19. Schooler was added to the Bednarik Award watchlist and Ezukanma was listed as a preseason candidate for the Maxwell Award.

These two announcements came as part of the National College Football Awards Association schedule, according to the release from Tech Athletics. Preseason candidates for 16 different awards will be revealed from now until July 30, with the Davey O’Brien Award on Tuesday, July 20.

Ezukanma was one of the three Red Raiders listed on the preseason All-Big 12 team last week, according to Tech Athletics. He leads in receiving yards per game with a high of 74.8 among all of the returning conference wide receivers. For the last two seasons, Ezukanma has led the Red Raiders in receiving yards, the first underclassman to do so since Michael Crabtree in 2007-08.

Schooler previously was added to the Bednarik Award watchlist before his 2019 junior season at Arizona, according to the release. This is his first time on the list since transferring to Tech in 2020.

Schooler enters the 2021 season with 375 career tackles and 51.0 career tackles for a loss, according to Tech Athletics. Schooler collected three All-Conference honorable mention accolades at Arizona and one during the previous season with Tech.

What are you looking forward to the most this semester?