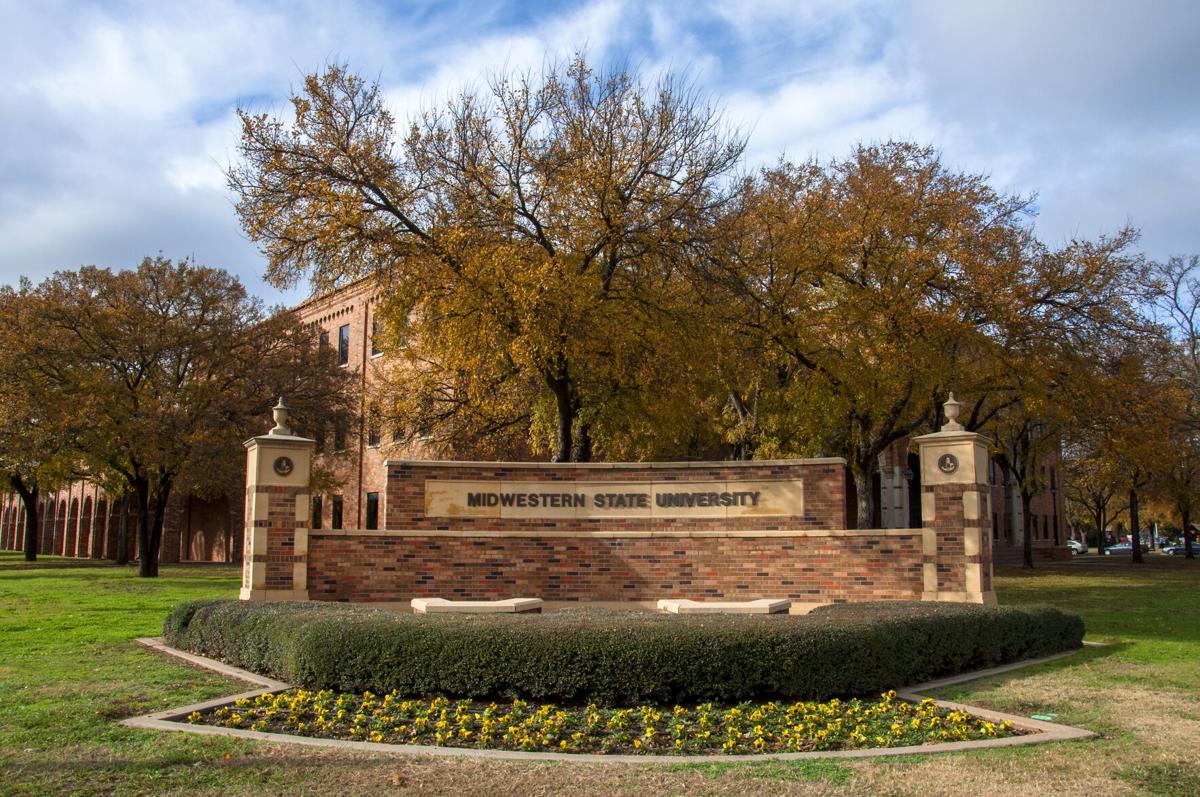 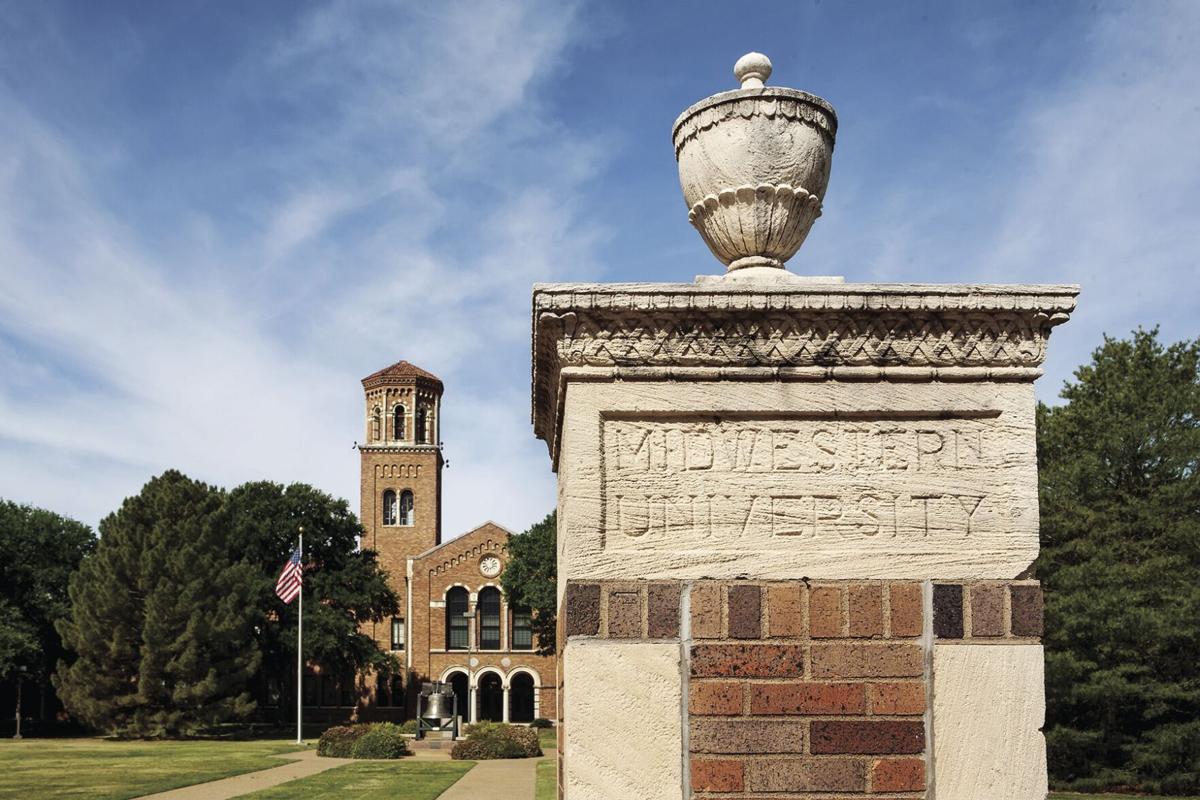 The front of Hardin Building is shown with a Midwestern University State sign in front. 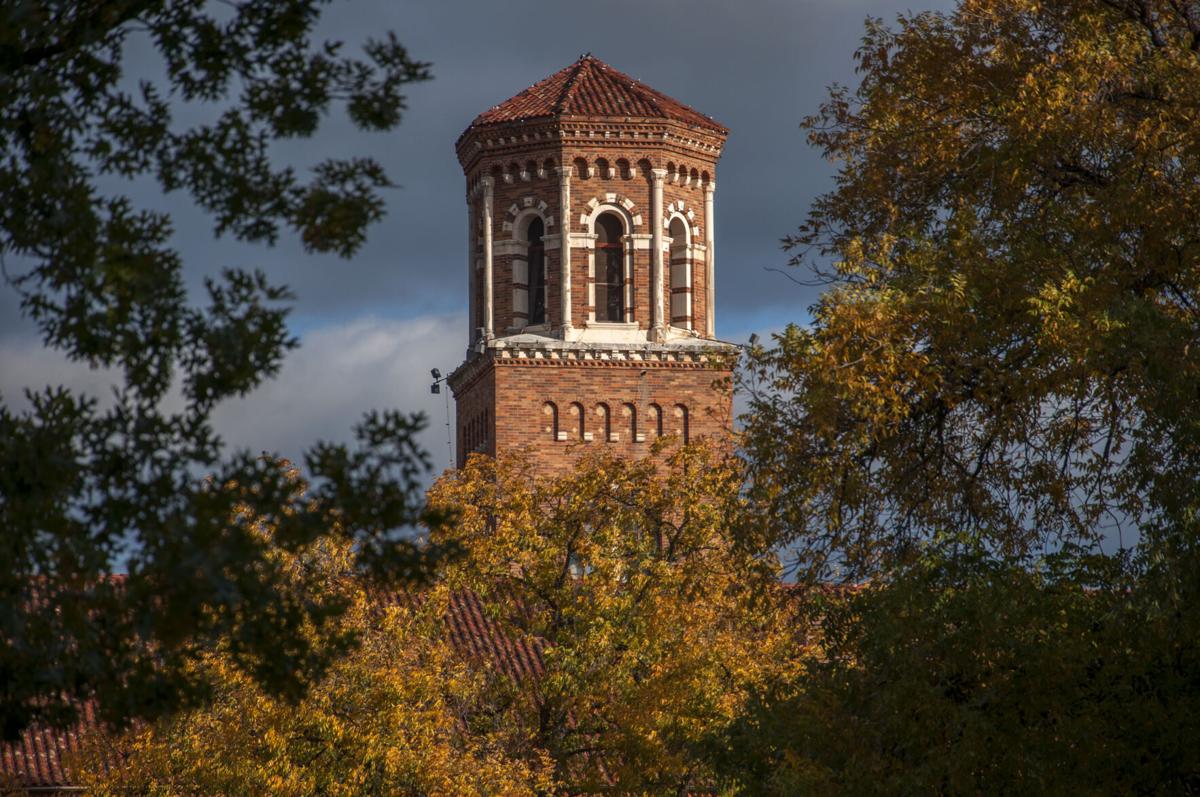 The Hardin Building tower is located on the Midwestern State University campus in Wichita Falls. MSU Texas will become an official member of the Texas Tech System after legislation is passed at the 87th Texas Legislature.

The front of Hardin Building is shown with a Midwestern University State sign in front.

The Hardin Building tower is located on the Midwestern State University campus in Wichita Falls. MSU Texas will become an official member of the Texas Tech System after legislation is passed at the 87th Texas Legislature.

Four institutions have made up the Texas Tech System for over a decade. But with the upcoming legislative session, multiple steps have been taken to ensure the addition of a fifth member to the Tech System family.

Midwestern State University, a liberal arts institution based in Wichita Falls, has been perceived as a prospective member of the Tech System for several months.

Scott Lacefield, executive director of media relations and communications for the Tech System, said there were discussions regarding the partnership before MSU Texas received the initial invitation on Feb. 14 to join the Tech System.

“Our leadership here at the Texas Tech University System began having preliminary conversations with MSU Texas leadership back in the fall of 2019,” he said.

The MSU Texas Board of Regents moved that MSU Texas President Suzanne Shipley enter a memorandum of understanding (MOU) with the Tech System on May 14. The agenda and webcast of the meeting can be found on the MSU Texas website.

The MSU Texas Board of Regents later authorized Shipley and MSU Texas Regent Chair Caven Crosnoe to execute the MOU on Aug. 6, according to the MSU Texas website.

The Tech System Board of Regents authorized Tech System Regent Chairman Christopher Huckabee to do the same on Aug. 6. The agenda and webcast of the meeting can be found on the Tech System website.

“Executing a memorandum of understanding enables leadership from Texas Tech University System and MSU Texas to begin the process of working with local state legislators to introduce legislation seeking approval for MSU Texas to become the fifth member institution of the TTU System,” Lacefield said.

Approaching the legislation with the proposed partnership is the next step in making the partnership official, Lacefield said.

“The MOU would become operative if legislation is passed by the 87th Texas Legislature that convenes in Jan. 2021,” he said. “So, that’s very much the next step now that both entities have approved leadership to execute the MOU to move forward.”

The timeframe of when the bill will go into effect may vary, Lacefield said. But once the legislation is passed, MSU Texas will become the fifth official member of the Tech System.

“If legislation is passed, the bill could have an immediate effect in June 2021 when the governor would sign the bill, or it could have a [Sept. 1, 2021] effective date at the latest,” he said.

Debbie Barrow, director of board and government relations at MSU Texas, said the bill’s drafting process will now begin.

“I help [Shipley] in working with our legislative people,” she said, “and so we spoke with our local legislator, Representative James Frank, and his staff this week and formally asked if he would look at sponsoring the bill that would make us a part of the Texas Tech System, and he graciously accepted and said yes.”

“Our local state senator is Pat Fallon, and he actually just was selected to run for a U.S. Congress seat,” she said. “So, we’re a little uncertain, right now, as to what’s going to happen with our senator seat, but we’ll just work on that when the time comes.”

As different steps are taken to make the partnership between the two entities official, one may wonder why efforts were made to establish a partnership in the first place.

Location in the state is one reason Lacefield said the Tech System considered MSU Texas as a potential fifth institution. In addition to Lubbock, the Tech System is represented in Amarillo, Abilene, San Angelo, Midland-Odessa, the Permian Basin, El Paso and Dallas.

“Wichita Falls and the folks at MSU Texas very much consider themselves a part of north Texas,” he said. “But at the same time, when you kind of look at their location, I think it makes a lot of sense. I think, also, it’s just an opportunity to partner with a reputationally strong liberal arts leader in Texas.”

MSU Texas’ campus culture also aligns with that of current members of the Tech System, Lacefield said regarding another reason why MSU Texas was considered.

For those of the MSU Texas community, consideration of the partnership took place across different events.

After receiving the invitation from the Tech System, Barrow said MSU Texas hosted different forums with members of the campus and local community to discuss the partnership. She has been a part of discussions with the MSU Texas Board of Regents since February, which is when Shipley was asked to gather information from university constituents, faculty, staff and students about how they would feel about the partnership.

“We had four conversations that were specifically for faculty and staff,” Barrow said, “and they were scheduled at different times that would allow individuals to take part, and it was really just an open-forum conversation.”

During these faculty and staff conversations, which each had about 60 to 75 attendees, questions regarding the partnership and what it would change were answered, Barrow said.

“We also then hosted two community conversations where anyone in the community could come, whether they’d be alumni, friends of the university, donors,” she said. “We had just a lot of different people who came.”

Shipley also had meetings with the MSU Texas faculty senate, the staff senate and student government in the early part of 2020, Barrow said. Several other conversations were planned between Shipley and other groups until COVID-19 became present in the United States.

“Once everything shut down right after spring break, we realized that we needed to have other ways that we could communicate,” she said, “and so, we did have a virtual town hall where our [MSU Texas Board of Regents] chair and vice chair took questions, and we sent out information and received email questions.”

A lot of feedback was received at the town hall, Barrow said. Regardless, understanding how people felt about the partnership was a part of the plan moving toward the MSU Texas Board of Regents meeting on May 14.

Even at the May board meeting, Barrow said people provided public comments via emails, which they read aloud.

In addition to impacting how conversations were hosted, the COVID-19 pandemic has impacted how MSU Texas and the Tech System have cooperated over the past few months.

“They’ve been a part of a lot of conversations with leadership teams across our four institutions and System leadership,” he said. “We greatly appreciate the collaboration with President Shipley and the MSU Texas leadership team during the past several months.”

“The Texas Tech System reached out to us early in the pandemic and invited us to participate in their leadership phone calls that they made when they were talking about addressing a lot of the things that happened,” she said.

Members of MSU Texas felt good about how Tech System members made them feel like part of the team, even though the partnership between the two entities is not yet official.

“It helped us recognize what it was going to be like to be a part of a system and not just out here on our own,” she said, “and so, I believe for us an administration, it was just another sign that this was a good decision, and I think the [MSU Texas] Board of Regents recognized that as well.”

With the possibility of the partnership becoming official next year, Barrow said MSU Texas can get different opportunities.

Whether it be items MSU Texas can save money on just by purchasing with other universities or the collective knowledge that can be obtained from other institutions, Barrow said the partnership can benefit MSU Texas.

“I think for us, it is the fact that higher education is changing so quickly, and it has so much, even in the last 10, 15 years,” Barrow said. “We just see the benefit of being a part of a larger group.”

The partnership also may pose one obstacle if it becomes official, Barrow said.

“We’re so used to having our own board, and so, I think that’s the part people are having a hard time adjusting to,” she said. “But we really believe that, in the long-run, it won’t be a negative because we believe that the individuals selected by the governor to oversee the institutions will still consider our university just as important as the individuals who currently serve on our board.”

MSU Texas hopes to have a representative on the Tech System Board of Regents who is from Wichita Falls or is connected to MSU Texas in some way, Barrow said.

Despite this one difficulty, Barrow said she feels good about the conversations between members of MSU Texas and the Tech System. Everyone from the Tech System has been really welcoming.

Adding a fifth institution to the Tech System can be beneficial, Lacefield said.

Dr. Tedd Mitchell, Tech System chancellor, said in a statement after the MOU execution on Aug. 6 the partnership between the two entities can impact all institutions within the Tech System.

“A partnership with MSU Texas and the Texas Tech University System has the opportunity to advance all institutions within our system and support the betterment of higher education in Texas,” Mitchell said, according to the statement. “MSU Texas is a leading liberal arts university, has a tremendous reputation across the state and is committed to offering an affordable and accessible education for its students.”