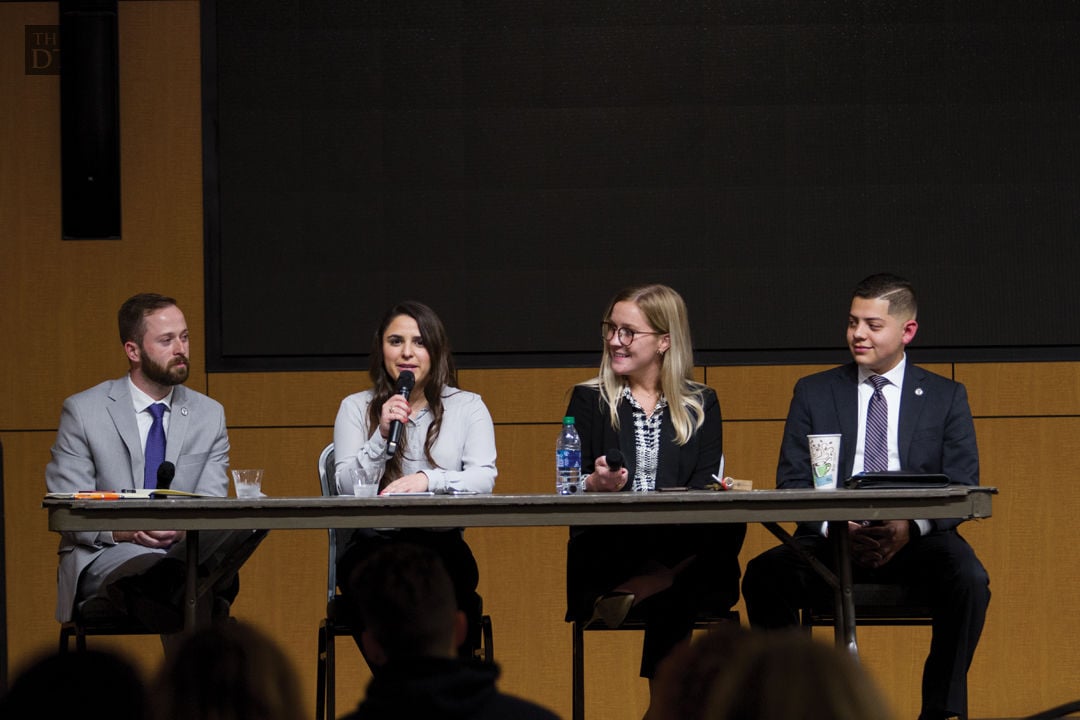 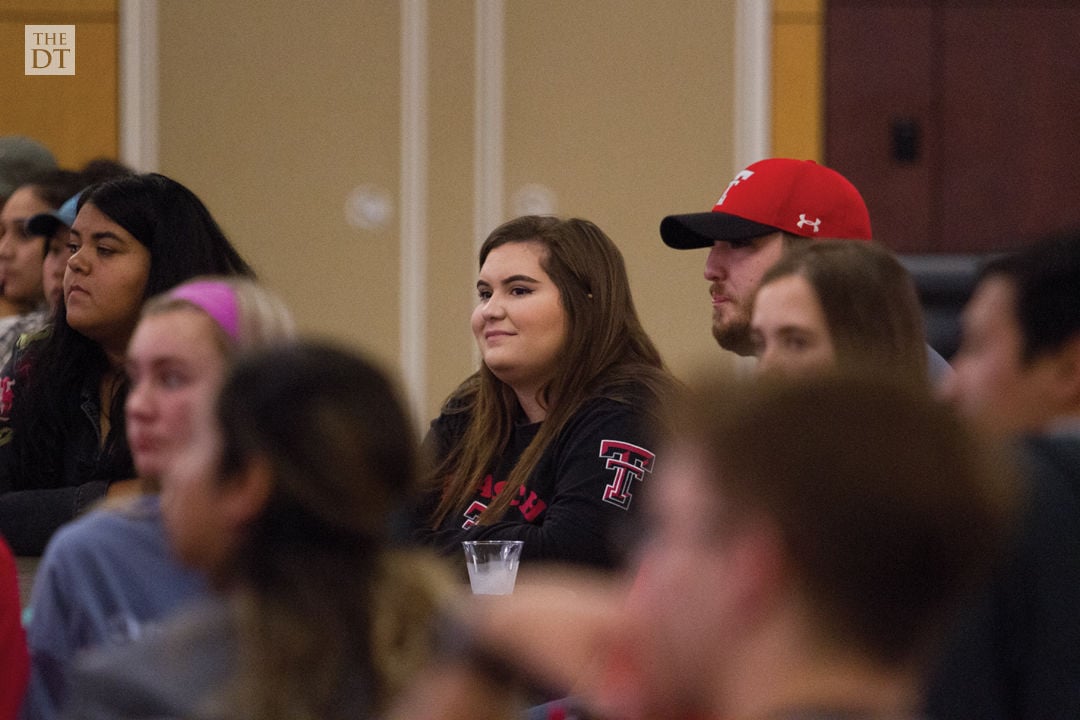 The Texas Tech Student Government Association hosted the Fall 2019 Townhall meeting for the student body to ask questions about campus issues and other topics.

The Townhall meeting began with the executive branch, which consisted of Rivero, Emily Garcia, SGA internal vice president, Miranda Davis, SGA external VP, and Adam Disque, SGA graduate VP, introducing themselves and providing the audience with some background on them.

After introductions, the SGA executive branch and senators walked around the room and personally spoke to students in the room. The executive branch then opened the floor back for questions to be asked.

A student on the floor asked what can be done for students to be aware of the services the medical services fee covers.

SGA would do a better job in communicating what the fees entail, Rivero said, and also do a better job and talk about the resources provided to students all around, not just the things students pay for.

“Unfortunately, SGA has had their strong moments, but we’ve also had our weaknesses, and that is not always being intentional with the communication we have with the student body,” he said. “That’s our main goal this year; that is exactly why we’re having this event tonight: to really hear the voices and concerns you have within your Red Raider experience.”

SGA has completely revamped their ambassador programs and will have ambassadors attend organization events to be more involved and be intentional, Rivero said. Raiders Report, which is a website through the Tech Office of the Dean of Students where students can express concerns and receive proper assistance to those concerns, is another topic he discussed.

“We worked with Dean (Matt Gregory) and implemented a system called ‘Raider Report,’ and so with that, it’s a system where students can report negligence of professors and bring that to the attention of upper administration, so that they can contact you individually and handle it case by case.”

Another part of the event consisted of the SGA members leaving white paper slips on each table in case a question went unanswered due to the timed event.