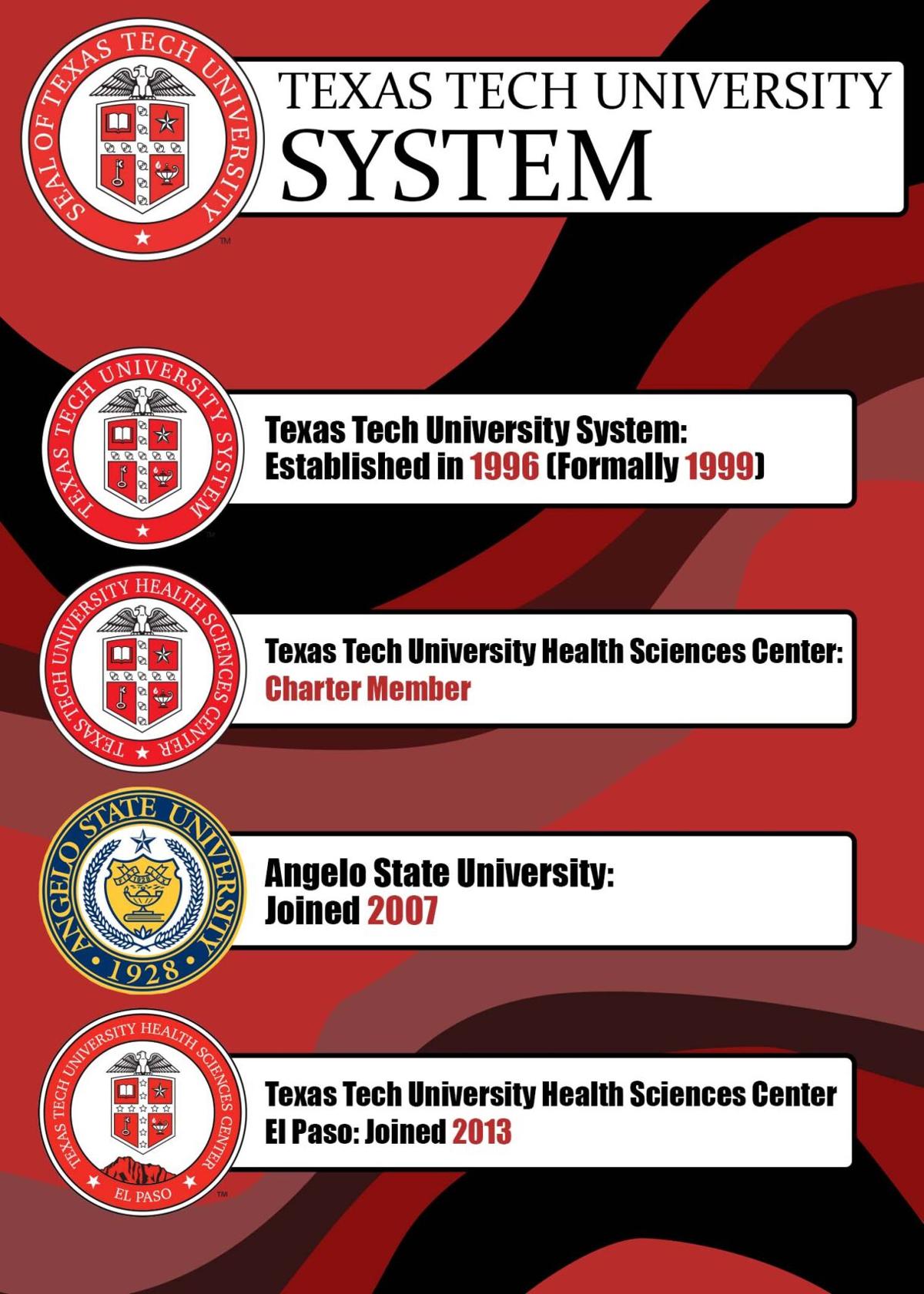 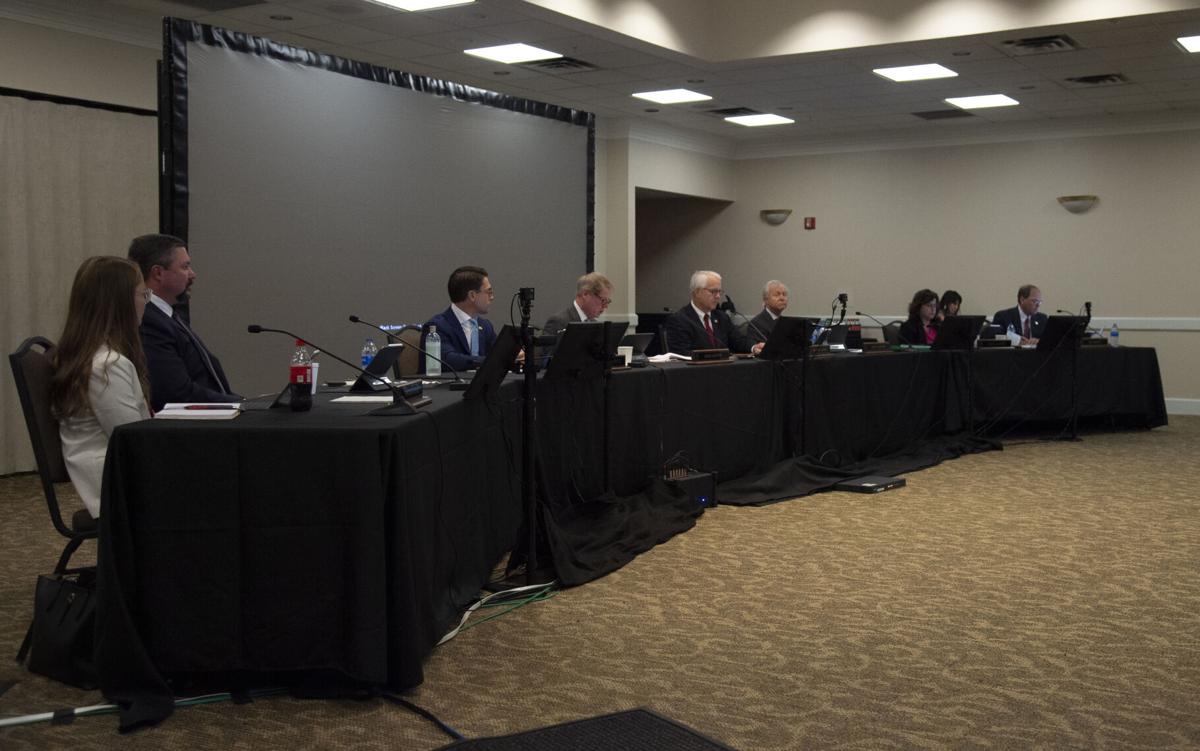 The Board of Regents of the Texas Tech University System convened on Sept. 1, 2021, at Midwestern State University to officially welcome MSU into the system.

The Board of Regents of the Texas Tech University System convened on Sept. 1, 2021, at Midwestern State University to officially welcome MSU into the system.

WICHITA FALLS — Almost 20 months after receiving a formal invitation by the Board of Regents of the Texas Tech University System to join the system, Midwestern State University joined on Sept. 1, becoming the fifth institution.

The Board of Regents convened at 9 a.m. to start the day of festivities hosted at MSU. The regents formally welcomed MSU into the system.

“It truly is wonderful to be joined by all of you today on the beautiful campus of MSU Texas in Wichita Falls as we welcome the Mustang family into the Texas Tech University system on this truly historic day,” Michael Lewis, chairman of the Board of Regents, said.

Chancellor Tedd Mitchell brought a Resolution of the Board to be approved commemorating the day. He also thanked those who helped create the partnership between the system and MSU.

Horn, first president of Tech, and the Board of Directors for Texas Technological College, the former governing body of Tech prior to becoming an accredited university.

“‘Any system of educational philosophy or administration is faulty and places the welfare of the school above that of the individual student.’ This sentiment is infused in the with a sense of service and mutual benefits which wills down and reforms the values and culture of Texas Tech University System,” Lewis said.

It was with Horn’s and the Board of Directors’ vision of Texas Technological College that Lewis welcomed MSU as the system’s fifth institution.

Lewis then to showed a video message of Gov. Greg Abbott of Texas congratulating MSU in joining the system.

“This partnership will help en- sure that both Midwestern State and Texas Tech System will continue to flourish and build on their legacy of excellence,” Abbott said in the video. “Working together, we will continue to establish Texas as a leader in higher education.”

Located in Wichita Falls, near the Texas-Oklahoma border, MSU

has a small community feel but with the added bonus of city life, Alexis Thomas said.

“Everybody knows everybody,” she said. “So it’s very comfortable and like, homey.”

As a third-year early childhood education major at MSU, Thomas said she is excited for MSU to be joining the system. Giving the over 5800-student university some publicity is an advantage she said she hopes to see.

Smaller classes are a part of the MSU campus culture, Tyler Seelman, a third-year psychology and sociology major at MSU, said.

However, MSU has something on campus that no other institution within the system has — a lake. Thomas said it’s a cool place to sit and relax.

“Sometimes, like at night, when like the sun (is) setting, we go walk around to like clear our heads,” Thomas said. “It’s a nice place to go and get away.”

MSU also has a can-do mentality when it comes to problem solving, Chancellor Mitchell said,

which is integrated into MSU’s academics and student life on campus. From this mentality an independent culture forms, Mitchell said, which helps foster skills such as critical thinking and problem solving.

The Future of MSU

During the Board of Re- gents’ meeting on Sept. 1, President Susan Shipley informed the board she is leaving MSU to enter retirement. As a result, the board approved James Johnston, provost for MSU, as the new interim president.

The board then authorized the chancellor to form a presidential search committee to find a new MSU president. Mitchell said he hopes the committee will bring recommendations to him and the regents to con- sider in six months.

“I will, I am very honored that the regents wanted me to apply,” Johnston said.

The interim president said he will focus on deal- ing with COVID-19 and try to make campus as safe as possible. He hopes to collaborate more with the Health Sciences Center.

The system has seen an increase in the institutions

within the system collaborating more with each other to build programs to better serve the students. Chancel-

Mitchell said the academic personnel from each institution are most likely in talks on how to better collaborate with each other and with the newest edition to the system.

“I can tell you that moving forward, there will distinctly be things that people are looking to bridge,” Mitchell said.

established by the State of Texas in 1999, according to the system’s website.

Tech and HSC Lubbock were the original members of the system, also known as the charter members, according to the system’s website.

Founded in 1923 and with the first class on campus 1925, Tech was formerly known as Texas Technological College and governed by a Board of Directors, predecessor to what is now the Board of Regents, according to the Southwest Collection Texas Tech University Archives’ website.

HSC Lubbock was founded in 1969, according to South- west Collection’s website. Texas Technological College also changed its name to what it now known as Texas Tech.

Founded in 1928, ASU, located in San Angelo, became the third institution to join the system in 2007, according to the system’s website.

HSC El Paso was a regional location for the Tech School of Medicine that was founded in 1972, according to HSC El Paso’s website. It was not until 2017 that HSC El Paso separated from HSC Lubbock to be- come its own independent institution and the fourth institution to be a part of the Tech System.

According to the Regents’ Rules, the system is overseen by nine regents and one student regent appointed by the governor of Texas. All members have the right to vote except for the student regent.

Board of Regents officially welcomes MSU into the system

The Board of Regents of the Texas Tech University System convened at 9 a.m. for a special call meeting on Sep. 1 in Wichita Falls to formally …

What are you looking forward to the most this semester?