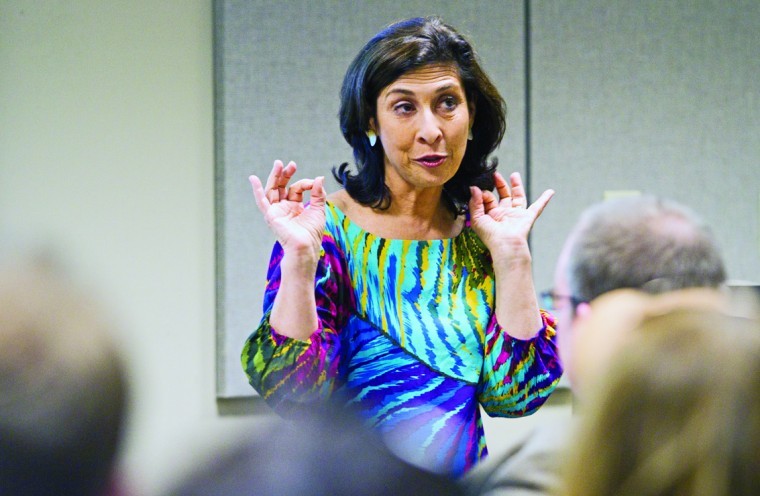 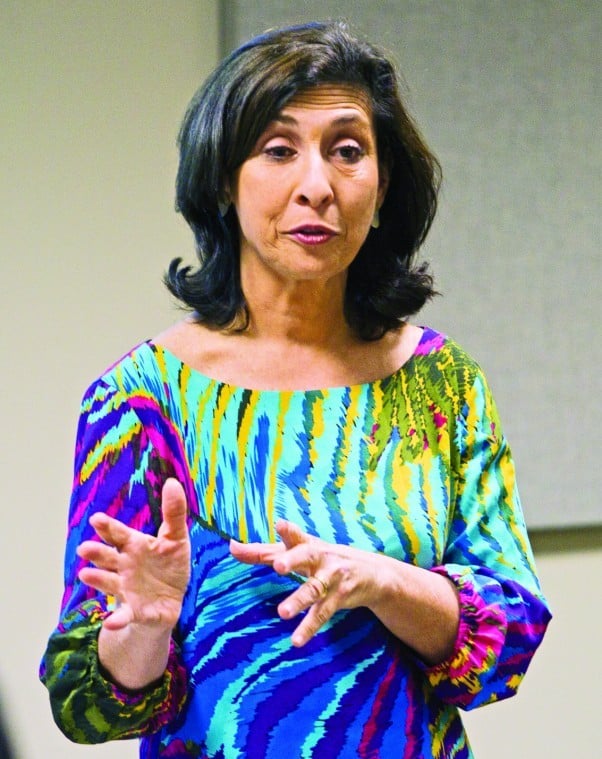 After growing up in an activist home, Ellen Ratner decided to become an activist herself as a White House correspondent and Fox News Channel analyst.

Ratner spoke at Texas Tech’s Teaching, Learning, and Technology Center in the library yesterday to a room of about 30 people.

Ratner spoke about being dyslexic, coming from a family of activists and her career path. She explained how she believes “careers pick you.”

One of the first things Ratner addressed at the event was how she is an open lesbian who has never been shy about her sexuality.

She said she was a part of a feminist group called “Bread and Roses” in the 1970s, where she led discussion groups about the plays “How to Make a Woman.” During that time, gender roles were a topic of interest, but she said people would laugh at the plays now.

After leading discussion groups, Ratner got involved in the mental health field and appeared on “The Oprah Winfrey Show” to promote her book , “The Other Side of the Family: A Book for Recovery from Abuse, Incest and Neglect.”

She said someone on the Oprah show suggested she get a job on radio. Ratner knew a friend who had a small radio station and decided to talk on a couple of shows.

At the time she was getting her start on talk radio, Bill Clinton was running for president. Ratner said since she and her family were Clinton supporters, she said she wanted to become a White House correspondent for talk radio because there were none at the time.

Ratner did not know anything about being a reporter, she said, but she learned by just talking to people.

While working for the Fox News Channel and Talk Radio News Service, she said she tried not to report on gay topics because she does not want to just be a “gay journalist.”

She was invited to the first gay event hosted by a president, but she said she does not go into situations declaring, “I’m queer. I’m here. Get over it.”

Ratner has been on talk radio for 14 years and said good talk radio programs will stick around.

“Everyone was worried about theater when movies came out, and everyone is worried about talk radio with podcasts and the Internet,” she said. “Talk radio is having a very hard time, and lousy talk radio programs will go away, but the good ones will stay.”

Ratner said she decided to start an organization, Goats for the Old Goat, to raise money to buy goats for people in Sudan. She said women only eat every other day and each goat can produce up to a liter of milk a day to provide food for the Sudanese women.

She spoke about helping people abroad and also about giving half of her time and money to people in America.

Ratner described herself as “short, but very pushy,” and said she wakes up every morning wondering how she is going to separate someone from their money.

Ratner said she does not change what she speaks about because she is on a college campus, but her advice to college students wanting to get into the talk radio business is to “talk to everyone standing next to you” and to “start your own thing, write about whatever interests you, find a niche and be the expert.”