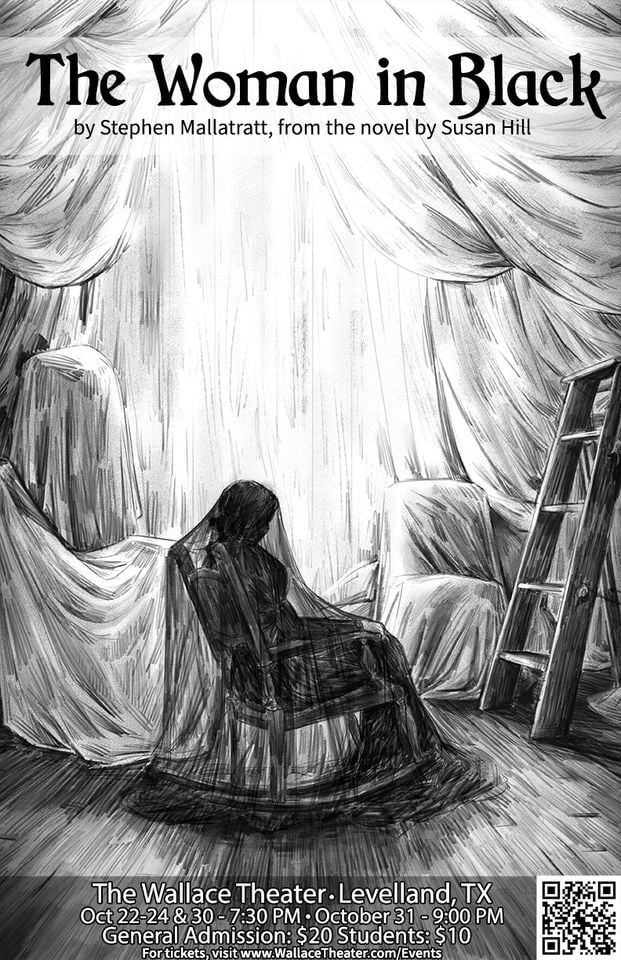 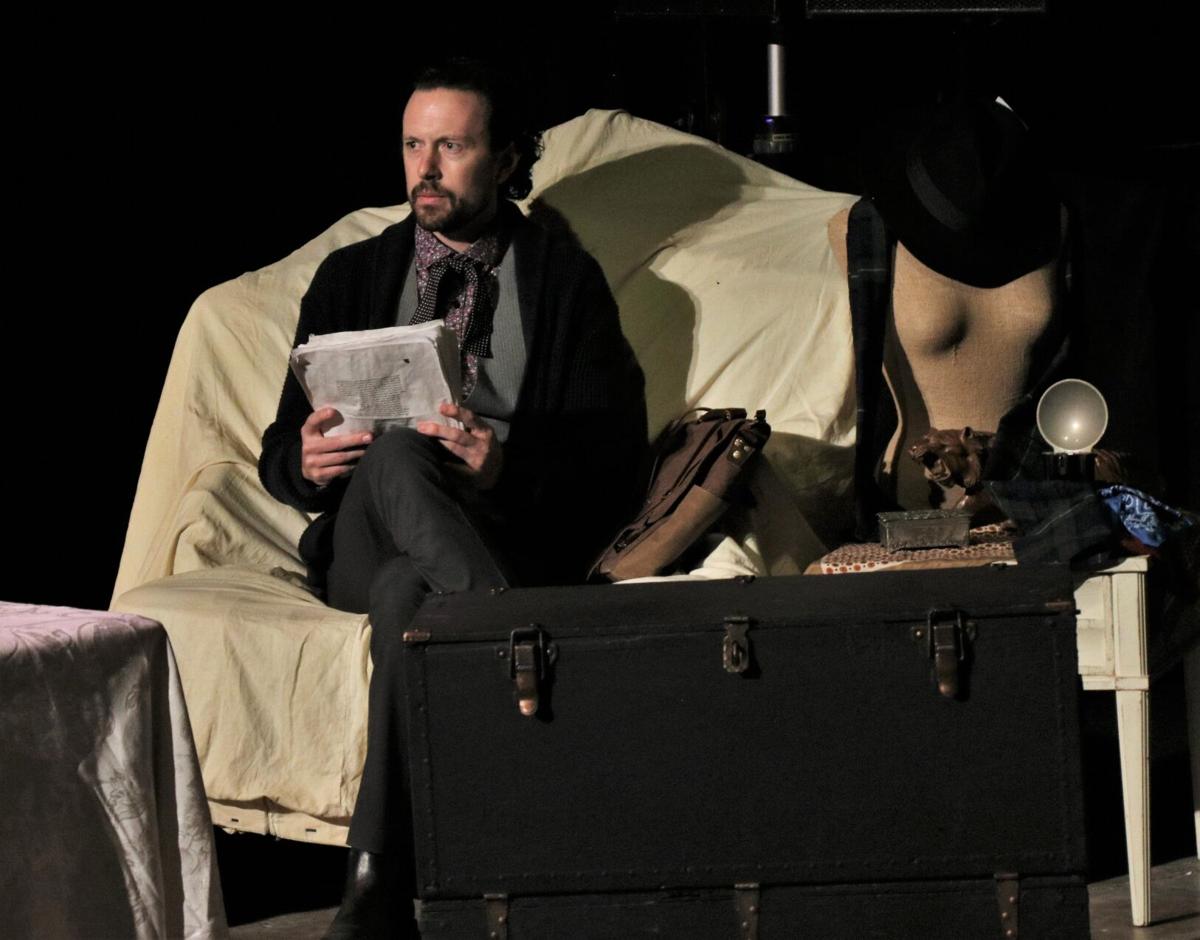 Paul Kortemeier playing the role of Kipps in The Woman in Black at the Wallace Theater in Levelland. 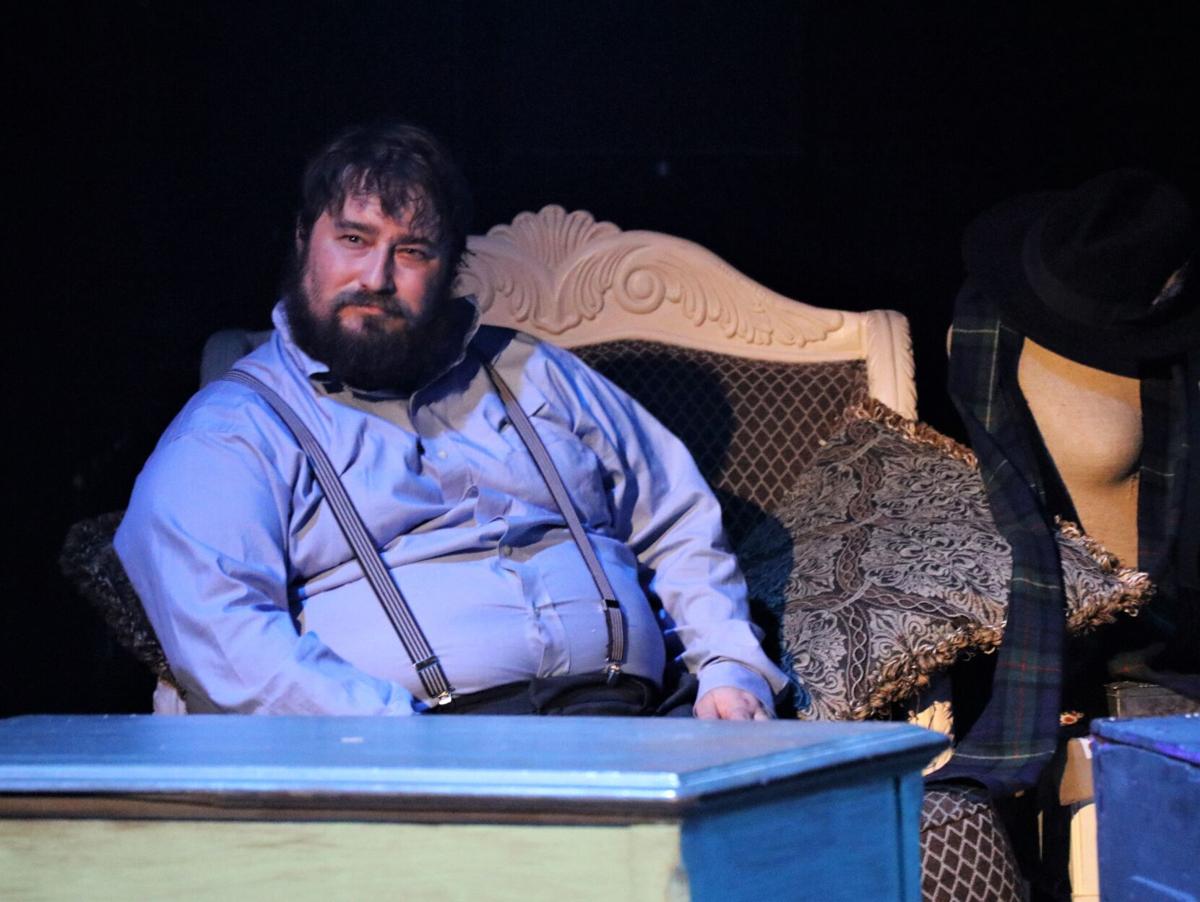 Cory Lawson playing the role of The Actor in The Woman in Black at the Wallace Theater in Levelland. 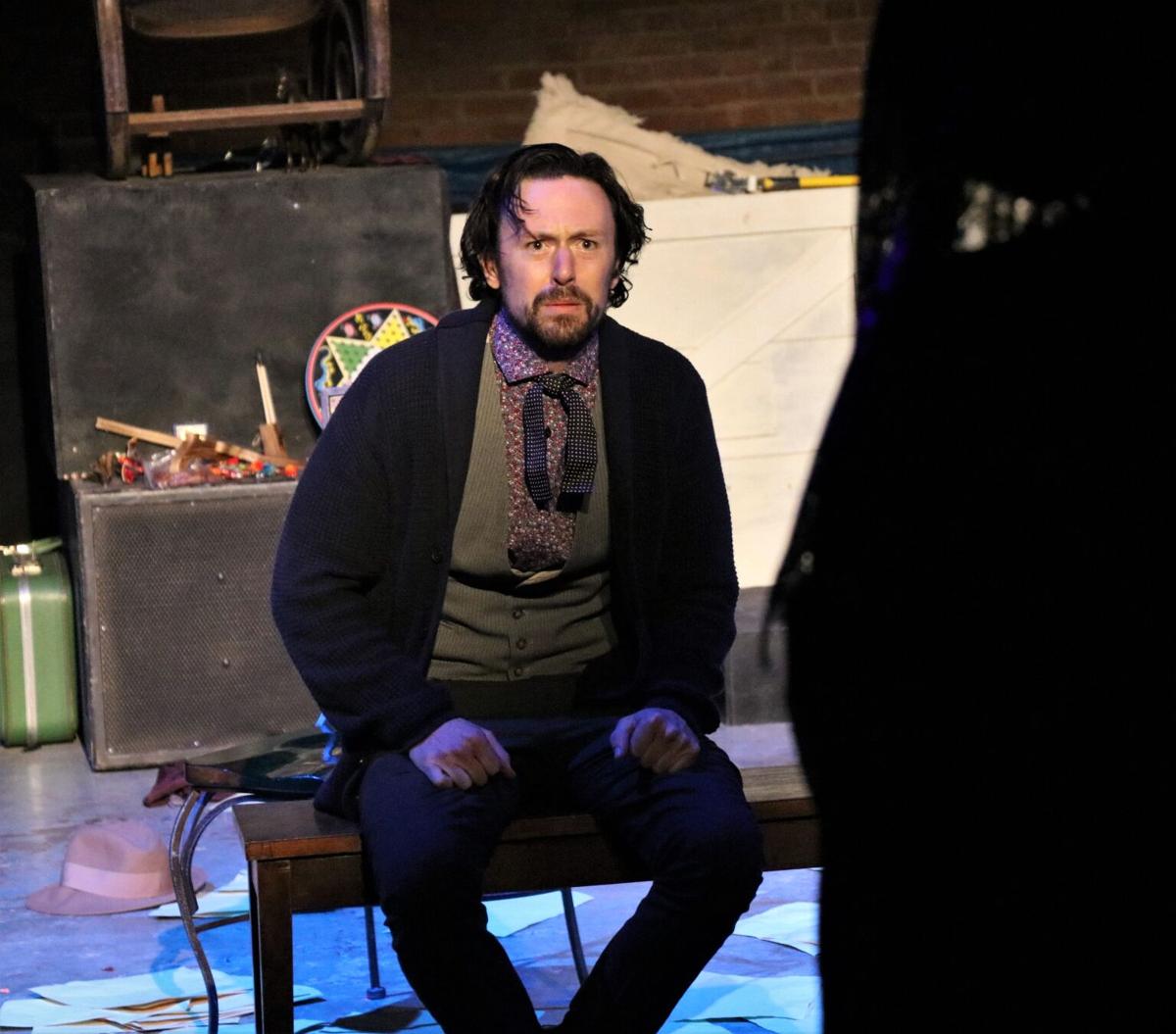 Paul Kortemeier as Arther Kripps stunned by the haunting of the woman in black in the production of The Woman in Black at Wallace Theater in Levelland.

Paul Kortemeier playing the role of Kipps in The Woman in Black at the Wallace Theater in Levelland.

Cory Lawson playing the role of The Actor in The Woman in Black at the Wallace Theater in Levelland.

Paul Kortemeier as Arther Kripps stunned by the haunting of the woman in black in the production of The Woman in Black at Wallace Theater in Levelland.

The Woman in Black premiered Oct. 22 at the Wallace Theater in Levelland. The play is of a haunting ghost from Susan Hill's novel; the production is part of Paul Kortemeier's thesis and will continue shows Oct. 30 at 7:30 p.m. and Oct. 31. at 9 p.m.

Kortemeier, a student pursuing his Master of Fine Arts and the actor playing Kipps in the show, said, he could not be more excited than to be presenting The Woman in Black, the process of presenting the show has long, and it has been well worth the wait.

For his thesis, he will be judged on his performance of the character, Kortemeier said. It is his pleasure to be playing such an interesting character; he goes through so many emotions throughout the play.

"I always knew that my thesis project should be something that I'm very passionate about," Kortemeier, said. "I'm so passionate about it because it is just an incredibly written story, and it has so many elements. There's comedy scares, grief, and even tragedy in the show."

The role is unlike any other character he has ever played, Kortemeier said. There are a lot of areas for him to explore and practice acting within the role.

Kripps goes through a lot of character development throughout the play, Kortemeier said. There is much opportunity to showcase many emotions and acting techniques; it is one of the most complex characters he has played.

"The play has so much depth to it," Kortemeier said. "Yet it is enjoyable even if a person does not pick up on it."

When he was first introduced to the play, he knew that it would be a great show to take part in, Kortemeier said; he first read the script over a year ago with Cory Lawson. He was amazed and eventually decided to use it as his thesis.

"When I was first in London, I saw the show for the first time," Cory Lawson, actor in the show and current Ph.D. student researching Devised Theater said. "I go to see it every time I go back, and I have probably seen it now like six or seven times."

Lawson knew that one day he had to be a part of The Women in Black production; once he shared his ideas with his colleges, he began taking the necessary measures to get the production going, Lawson said. The show is played in London's famous West End Theatre District and is the second-longest-running production.

The process to get the rights to the show was a bit difficult, Lawson said. However, Lawson was able to get them from a connection he has with the producers of the show; it is truly amazing that they were able to have the opportunity to produce the play.

"Once everything was ready, we knew that the best place for the play was the Wallace Theater," Lawson said. "The theater has an awesome sound and is the best environment for this play."

The Wallace Theater has a lot of history, and the reason the show was able to be presented there is because of Lawson, Zach Dailey director of the play, and Doctoral Candidate in Theatre and Fine Arts said. Having the show presented at the Wallace theater during the Halloween season is perfect, and the theater allows for much creativity and is the best option.

The Woman in Black is the first traditional theatrical performance in the theater in over 35 years. The show's attendees are a part of history, and the theater hopes to be able to present more shows, according to the program.

"For this show, attendees are able to enjoy the show while safely being socially distanced," Dailey said. "The show is great, and everyone involved has put in a lot of hard work to make it happen."

The show was amazing, Lexie Judlin, a freshman theater major from Frisco, said. The acting was amazing, and there were many parts where she got the chills.

It was interesting to see her professor in his element, Judlin, a Kortemeier's student, said. It was neat to see some of the things she learned in class presented in the play.

"I am so glad that I came to the show," Judlin said. "The show is suspenseful and probably one of the best productions I have seen."

For more information about the show, please visit the Wallace theater website.