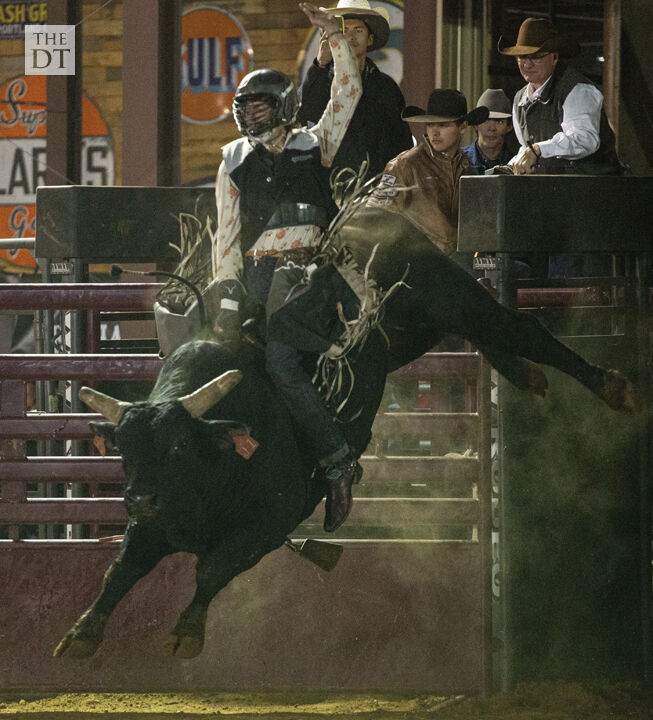 Bull Riding participant at the Texas Tech Rodeo on Oct. 28 at Cook's Garage. 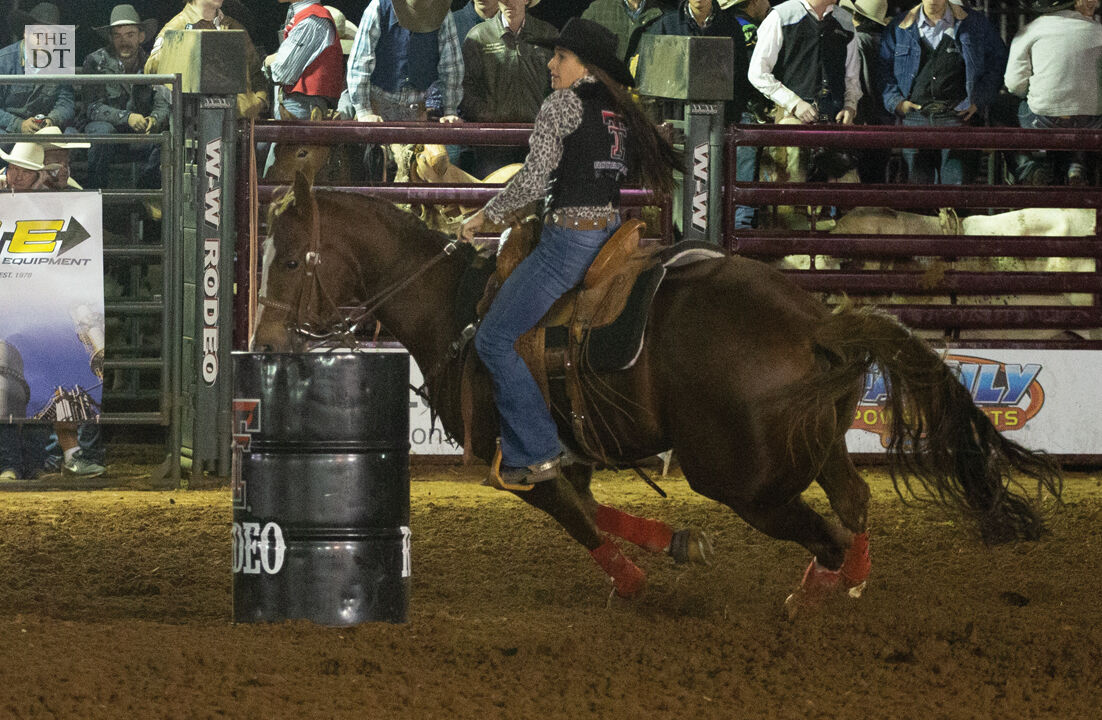 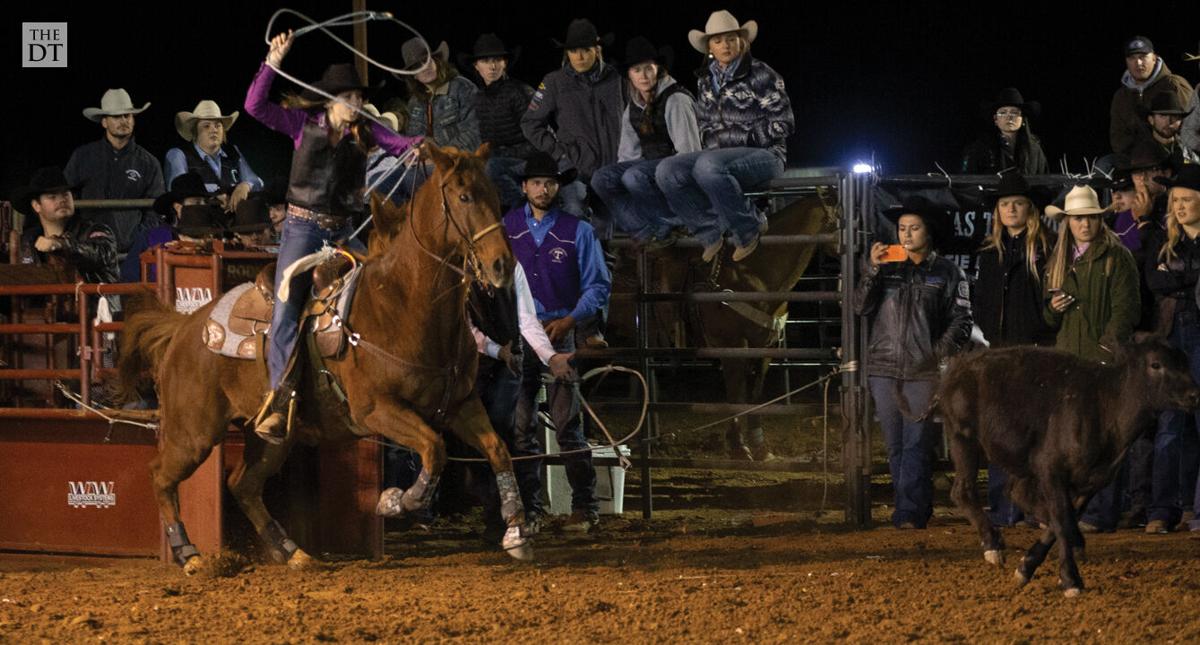 Bull Riding participant at the Texas Tech Rodeo on Oct. 28 at Cook's Garage.

Fans from across Texas and outside the state attended the first night of the 72nd Annual Texas Tech College Rodeo, hosted at Cook’s Garage the night of Oct. 28.

The stands on the plot behind Cook’s Garage were filled as the rodeo began. Saddle bronc riding, steer wrestling and team roping were among the first events of the night.

Joanna Patterson, a self-employed ranch owner from Kim, Colorado, and her family have long been involved in rodeo. Both her son and daughter compete in rodeo events, and their family hosts small rodeos at home.

“I think it (rodeo) has a huge impact on agriculture and what these kids are trying to do and accomplish and, you know, the ag community feeds the world, so it’s huge,” Patterson said.

Few Tech students competed the first night, with Kollen Thompson Furr being one of the first Tech students to compete. During saddle bronc riding, in which the rider must ride a bucking horse for eight seconds, Furr fell off early and nearly avoided his horse’s stomping feet.

“It’s been tense,” Oncken said. “This is one of the biggest events of the fall, and it takes a lot of practice, but it’s starting to chill out once you get here.”

Oncken has been competing in rodeos since he was young. He said most people come out for the good atmosphere and to have fun.

It is important for people to come support college rodeos in order to grow the sport, Oncken said.

“Rodeo, right now, unfortunately, it’s been kind of dying off, and I’m thinking if a lot of people come out here and see what it’s about, maybe they’ll change their minds,” Oncken said.

Ali Jordan, a third-year agricultural communications Tech student from Comfort, said she came out to support her friends competing in the night’s events, including Brecklyn Kennedy, a Tech barrel racing and breakaway competitor. Jordan said she and her friends are involved in the rodeo industry as part of their education and believe the Texas Tech Rodeo is run well.

Tara Green, a nurse from Big Spring, said she came out to the rodeo to watch her daughter Kaylor from Howard College compete in barrel racing. Green’s sister-in-law is the rodeo coach, Green said, and the other side of her family is more involved in rodeo.

Green said the rodeo feels like home, and she loves watching her daughter do what she loves, even though she is not as involved in the rodeo world.

“Just, as with, like, any event, sport, you know, I think just having the people there watching and supporting makes it fun, and it’s like showing off their (the competitors’) talent and their hard work,” Green said.

The Texas Tech College Rodeo will continue through Saturday, Oct. 30, with all-around winners being announced then.