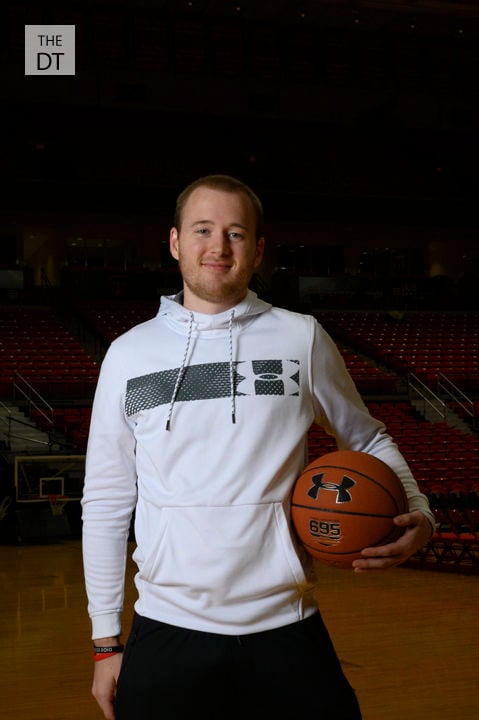 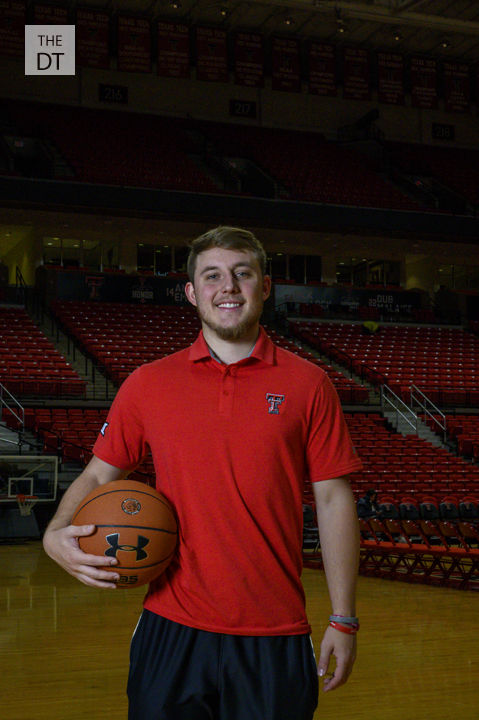 With the Texas Tech men’s basketball season beginning on Tuesday, the season will also start for the Red Raiders’ student managers.

Student managers for the men’s basketball team are a select group of guys who want to be a part of the team, but do not have the skill level to make the Red Raiders’ roster, MacAllister said. While he said some of the student managers were good players in high school, he continued to say some of the managers want to be involved with the team and take the first step to get in the business side of basketball.

With the season approaching, MacAllister said the student managers help with the team by not only rebounding and getting the team water, but by making sure the student-athletes get to practice and help with individual workouts, along with several other tasks while still going to class like an ordinary student.

“I think that we have the best group in the country,” MacAllister said. “They’re the behind-the-scenes guys that people don’t necessarily see, but they do so much work for us. Coop (Cooper Anderson) runs that group better than anybody that I’ve ever seen.”

Senior Cooper Anderson is the head student manager for the men’s basketball team and he started managing in high school after he broke his wrist his freshman season on the football team. While being the football manager for three years, Anderson helped manage his high school basketball team during his senior year as well. After graduating, he went to Collin College in Plano and became a basketball manager under head coach Jim Sigona.

After two years of being a student manager at Collin College, Anderson became a manager for the Red Raiders with the help of a connection between Sigona and Tech head coach Chris Beard, he said. In the process of interviewing to be a student manager for the team, Anderson said former Director of Player Development Max Lefevre told him that Beard thinks highly of junior-college coach Sigona, so he thought highly of Anderson.

With experience as a manager for a basketball team in high school, at a junior college and at a championship-contending Division I school, Anderson said the workload has increased heavily with each step up. In high school, Anderson just helped in practices and games. At Collin College, Anderson had more work to do as he helped with a few individual practices. Now at Tech, the student manager said it was a lot more work with the amount of detail the managers put in.

As a student manager for the men’s basketball team, Anderson compared his job to a Swiss Army Knife, helping the players and coaches with whatever they need.

“You’re kind of like a Swiss Army Knife in a sense, you kind of just do a little bit of everything. You don’t really have a job description, you’re just here to help,” Anderson said. “You do whatever you can: laundry, you refill the drink machine for the players, you help the players in any way possible within the guidelines of the rules and whatnot and then you help the coaches with and then you just try to be here for practices.”

After helping the team under Beard, Anderson said the biggest thing he has learned since he has been a student manager at Tech is the level of detail. He continued to say the attention to detail could help the team win or lose games and Beard emphasizes the importance of the small details, like having a ball for every player at practice.

Last season, the men’s basketball team posted a 31-7 overall record, according to Tech Athletics. Anderson credited the win total to the team being well prepared.

“The reason we win a lot of games is because we usually are the most prepared team,” Anderson said. “The same thing as being a manager, you know, the reason I’m such a good manager, Noah (Parker) is such a good manager and we have one of the best manager groups is that we are prepared. We do our work before the work is actually done. There’s a lot of work that goes into it. It’s all in preparation. It’s less difficult if you are more prepared.”

One way the student managers help the team prepare before games are making a replica court at whatever hotel they stay in the day before an away game with tape to the exact measurements of a regulation court. The reasoning behind this is to let the team practice its plays without having to travel to a gym, Anderson said.

“We try to do above and beyond, it’s like I said, the detail,” Anderson said. “We’re not just gonna tape a court and just have a base court. We’re gonna have a tape court and have like, Big 12 on it, we’re gonna put our own little spin on it and make it look good.”

The process of making the tape court usually takes about an hour to make the base court to do it with the exact measurements, Anderson said.  He added that it takes another hour for the student managers to add the logos and designs, spending two total hours of creating the court for the team.

Along with the tape courts, the student managers also participate in actual basketball games against other schools’ managers. The managers are not required to compete, but Anderson said the majority managers want to.

“A lot of these guys have grown up playing basketball; they love the game of basketball,” Anderson said. “So anytime there’s a chance to go against somebody else, another team like Baylor or Iowa State, we’re going to jump to it.”

The team the managers play on typically consists of student managers and graduate assistants, but assistant coaches can also participate, Anderson said.

Tech’s team ranked as high as No. 1 in the nation last year with the help of key graduate assistants Ronald Ross, Darryl Dora and Casey Perrin, Anderson said.

Anderson and the rest of the team that participates in the manager games play against the opponents’ team the night before the game, he said. The games are coordinated through the head managers and are usually played late, around 9:30-10 p.m. after the teams settle in their hotels.

Another student manager sophomore, Noah Parker got his job through a connection he had with assistant coach Brian Burg. He said he wants to use the experience as a student manager and become a coach.

“I’ve learned a ton,” Parker said. “Coming into it, I thought I knew quite a bit. It kind of proved me wrong, I didn’t know near as much as I thought I did.”

As he is in his second year as a student manager at Tech, Parker said the biggest benefit for him is the connections and friendships that he has made. He also added that the biggest thing he has learned under Beard is how the importance of building a culture and how to do it.

While being a student at Tech, one of Parker’s goals is to follow in Anderson’s footsteps and become the head manager for the team once he graduates.

With all of the tasks and jobs the student managers are in charge of, Anderson said it does not bother him.

“It’s a lot of hours, but it doesn’t feel like that to us because we want to be here,” Anderson said. “Especially working for one of the best programs in the country and under the best head coach in the nation right now, it doesn’t seem like we’re putting that much – we’re putting in a lot of time, I can’t give you a number value right now – but we want to be here so it’s worth it.”