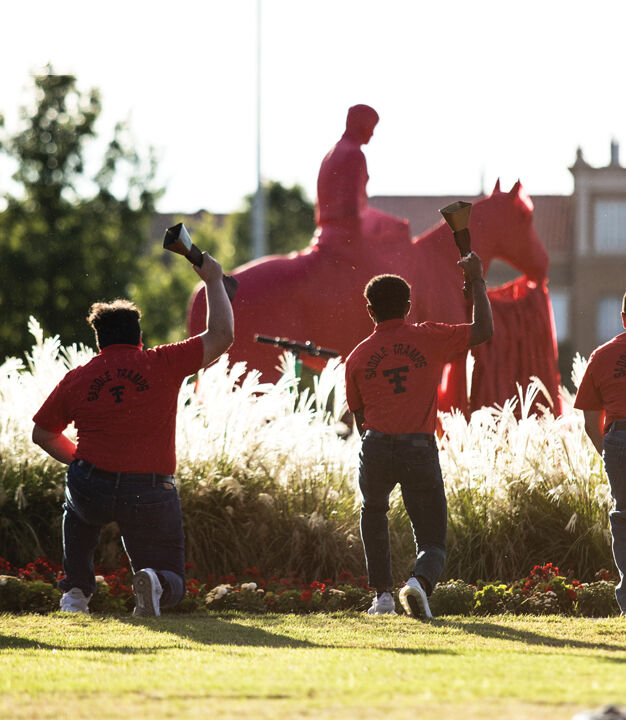 Saddle Tramps do their traditional spirit routine around Will Rogers during the homecoming parade on Oct. 8, 2021. 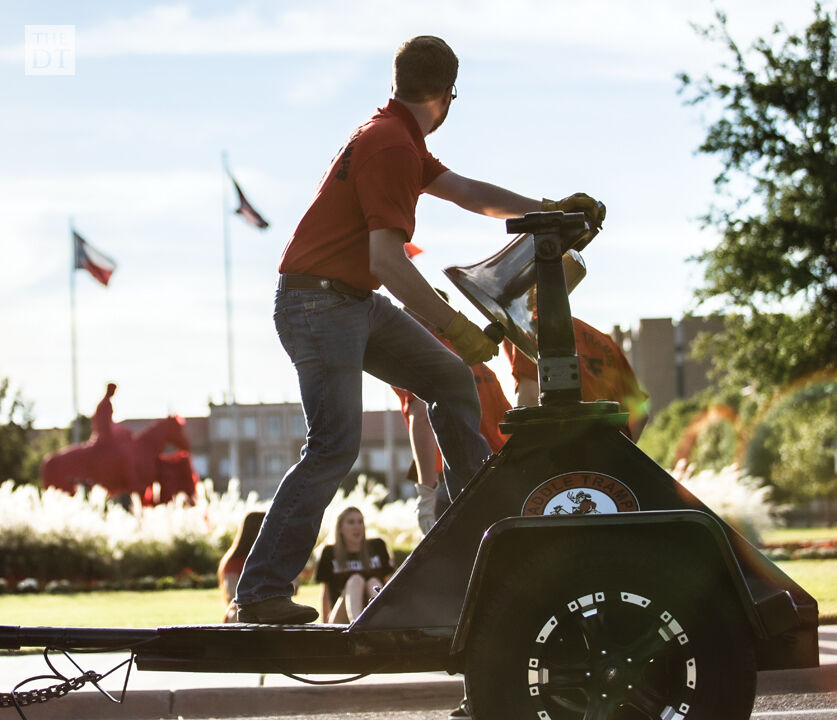 The Saddles Tramps ring the bell in front of Will Rogers in the homecoming parade on Oct. 8, 2021.

Saddle Tramps do their traditional spirit routine around Will Rogers during the homecoming parade on Oct. 8, 2021.

The Saddles Tramps ring the bell in front of Will Rogers in the homecoming parade on Oct. 8, 2021.

From chanting at games, to ringing the Victory Bells, to helping establish the Masked Rider, the Saddle Tramps have been spreading spirit on Texas Tech campus since 1936. This year marks the 85th anniversary of the Saddle Tramps.

“In 1936, the student body was a little rowdy and they needed a leader,” Montecillo said. “The administration at the time asked a member of the student body, his name was Arch Lamb, they asked him if he would be willing to help kind of control the crowd a little bit.”

Arch Lamb promised to ring the Victory Bells all night on Sept. 26, 1936 if the Red Raiders defeat the defending National Champions, the Texas Christian University Horned Frogs. Tech beat TCU seven to zero that game, and the tradition began.

After a few hours of ringing the Victory Bells, the community began to get annoyed, Montecillo said.

“They were trying to get him out of the bell tower, but he had barricaded himself and some of his other Saddle Tramps at the time in the bell tower,” Montecillo said. “They said they wouldn't stop, and were threatened with expulsion and they still refused. They said, 'A promise is a promise and that's what we're going to do.' Afterwards, on the following Monday, they came to an agreement that they could ring the bells for 30 minutes.”

Since they were founded, the Saddle Tramps helped create the Raider Red mascot, which had its 50th anniversary this fall. The Saddle Tramps also helped with the early creation of the Masked Rider, Montecillo said.

Newt Koemel, a Saddle Tramps alumnus from Albany, Texas, said the main goal of Saddle Tramps is being the keepers and protectors of the traditions that they helped start and continue to this day.

“My favorite part of becoming a Saddle Tramp was the brotherhood that I immediately became a part of,” Koemel said. “Additionally, it was an amazing experience to be a part of a lot of the traditions that make Texas Tech unique.”

Bryce Hamlin, the Alumni Committee head and a Smokin’ Joe committee member, said he values the traditions he participates in and the memories he has made while being a Saddle Tramp.

The Saddle Tramps Alumni Association hosted its 85th anniversary breakfast on Saturday, Oct. 9 before the Tech versus TCU homecoming game. The active Saddle Tramps along with the alumni gathered with Chancellor Tedd Mitchell at the McKenzie-Merket Alumni Center.