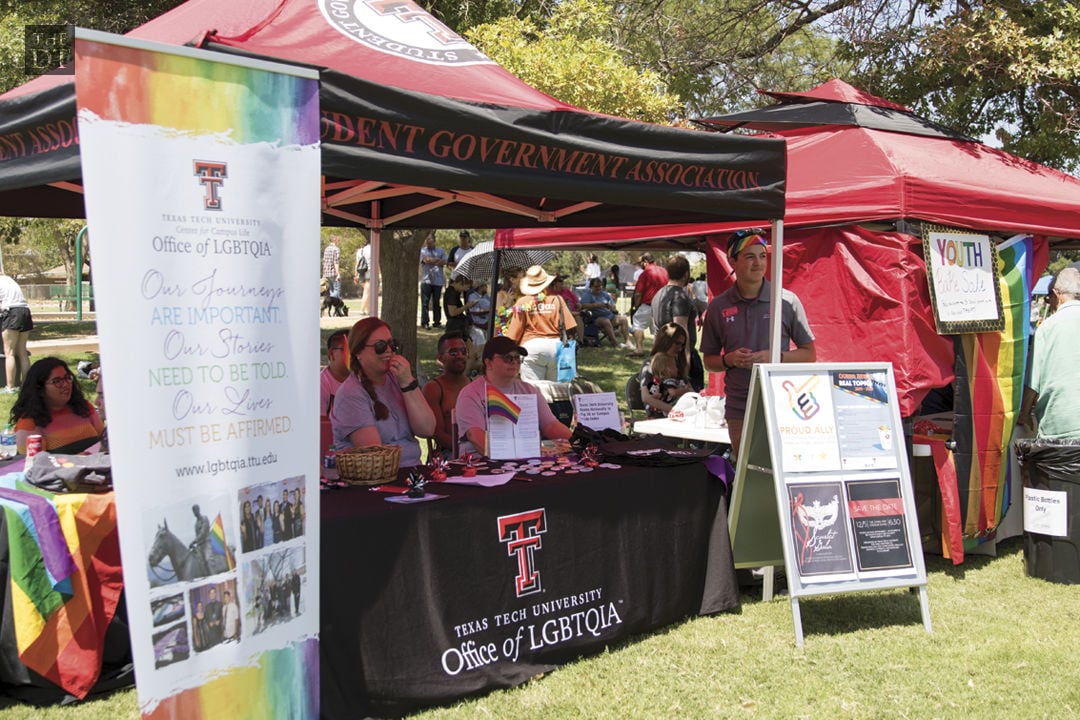 The Texas Tech University Office of LGBTQIA set up a booth at Lubbock Pride Festival. Lubbock Pride hosted their annual festival at 12 p.m. on Aug. 24, 2019, at Maxey Park. 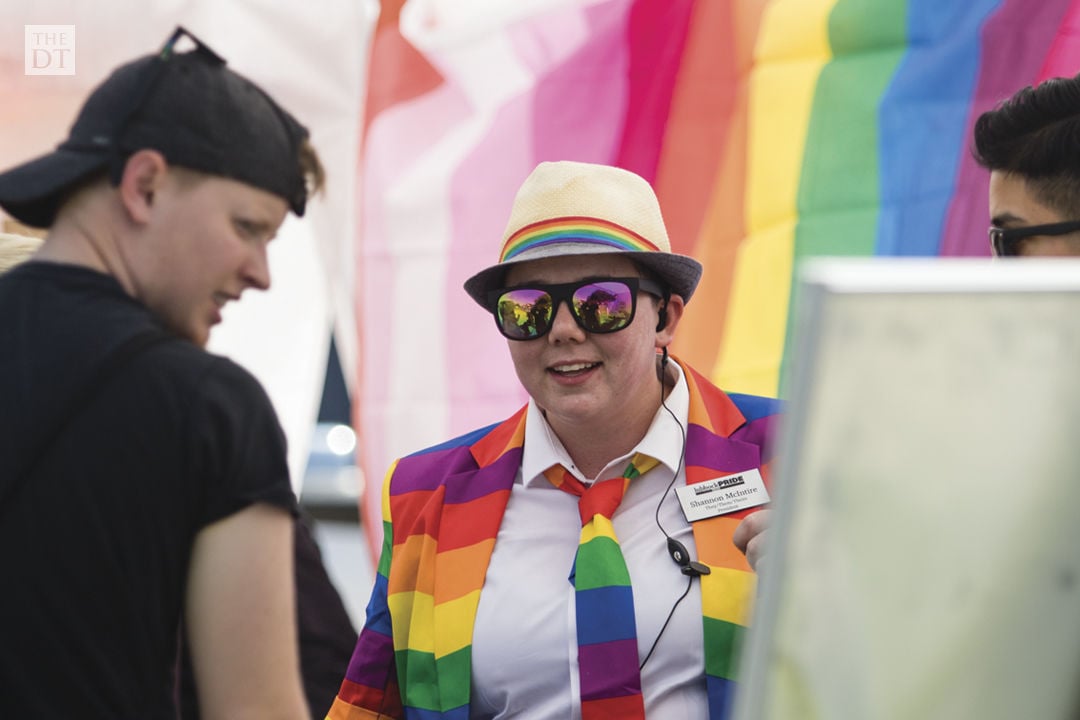 The Texas Tech University Office of LGBTQIA set up a booth at Lubbock Pride Festival. Lubbock Pride hosted their annual festival at 12 p.m. on Aug. 24, 2019, at Maxey Park.

Once a year, the Lubbock community gets a chance to celebrate the LGBTQ community and the progress it has made throughout history.

The annual LubbockPRIDE Festival, which consisted of multiple vendors showcasing their wares, musicians performing and people gathering to eat and play games, took place at noon on Aug. 24 at 4020 30th St. at Maxey Park.

“This is where we let everyone come out and be who they are with no judgment going on,” she said. “We’re just celebrating equality and individuality in this area.”

LubbockPRIDE is an organization McIntire said has been around since 2012. She said the annual festival offers more than just different vendors.

“We are expecting 1,200, but I have a feeling that number’s going to top out maybe closer to 2,000,” she said. “With just people coming and going and with all the vendors out here, for me it doesn’t matter how big it becomes. It’s a matter of if everyone here is having a good time and celebrating who they are.”

Opening people’s eyes to LGBT community and their successes is one goal McIntire said she has for the festival.

The festival may also help LGBT supporters promote education about equality within the community.

Jody Randall, director of the Texas Tech Office of LGBTQIA Education and Engagement, said the office opened in January 2017, and this year’s festival will be the third PRIDE Festival the office is attending.

“It’s promoting inclusion and raising awareness,” she said regarding the LGBTQIA Office’s purpose at the festival. “So much of the work that we end up doing is really around this idea of challenging what people’s assumptions and biases are about the LGBT community.”

In addition to providing an outlet for the LGBTQIA community, Randall said the festival is also beneficial for the Tech community.

“If I look at the crowd, yes, this is a community festival,” she said. “Texas Tech, students, faculty and staff are part of this community.”

In addition to the the attendees, the festival could be beneficial for the vendors.

Rachel Acosta, vendor from Deep Ellum Brewing Company in Dallas, said this if the first festival the company attended. She said she was glad to be a part of it.

The LubbockPRIDE Festival provides a variety of opportunities to meet new people, view vendors’ wares and learn about the LGTBQIA community. But the festival also provides support for those in the LGBTQIA community who face hate from other people.

Kirby Wood, licensed professional counselor at the Tech Health Sciences Center, said the institution is starting a LGBTQIA support group for teens ages 13 to 18. She said HSC representatives were at the event to recruit volunteers and get people to sign up for the support group, which costs $15 per session.

“We’re hoping to provide a safe and supportive environment for these teens to come and meet other LGBT teens and learn education about the community.”

Regarding why she came to the event, Wood said the HSC wants to inform people of the support group.

“Right now, we’re just trying to get the word out to the teens,” she said.

Overall, Wood said the festival is great for the HSC, other departments and vendors, as it allows one to see the importance of accepting the LGBT community.

“There’s not a lot of LGBT representation in Lubbock,” she said. “This event really provides a sense of community for anyone who identifies.”

Whether it be to meet others who are similar or to learn about diversity in Lubbock, there are a variety of reasons why people who are or are not a part of the LGBTQIA community may go to the LubbockPRIDE Festival.

This event may provide people with a safe environment that may not be easy to access in Lubbock.

“It’s a lot of work, but we’re super passionate about it,” McIntire said. “We want to make sure everyone has a good, fun, safe place to be.”