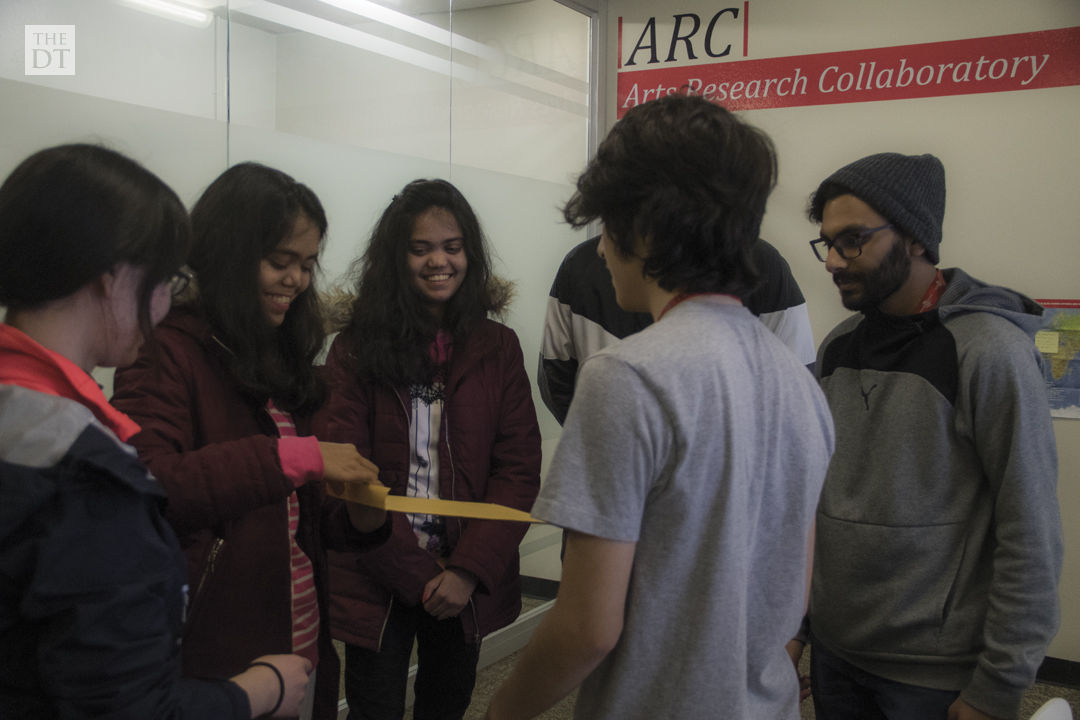 Students open their first clue at the Library Escape Room for Winter Raider Welcome in the Library Arts Research Collaboratory Room at 12:30 p.m. on Jan. 16, 2020. 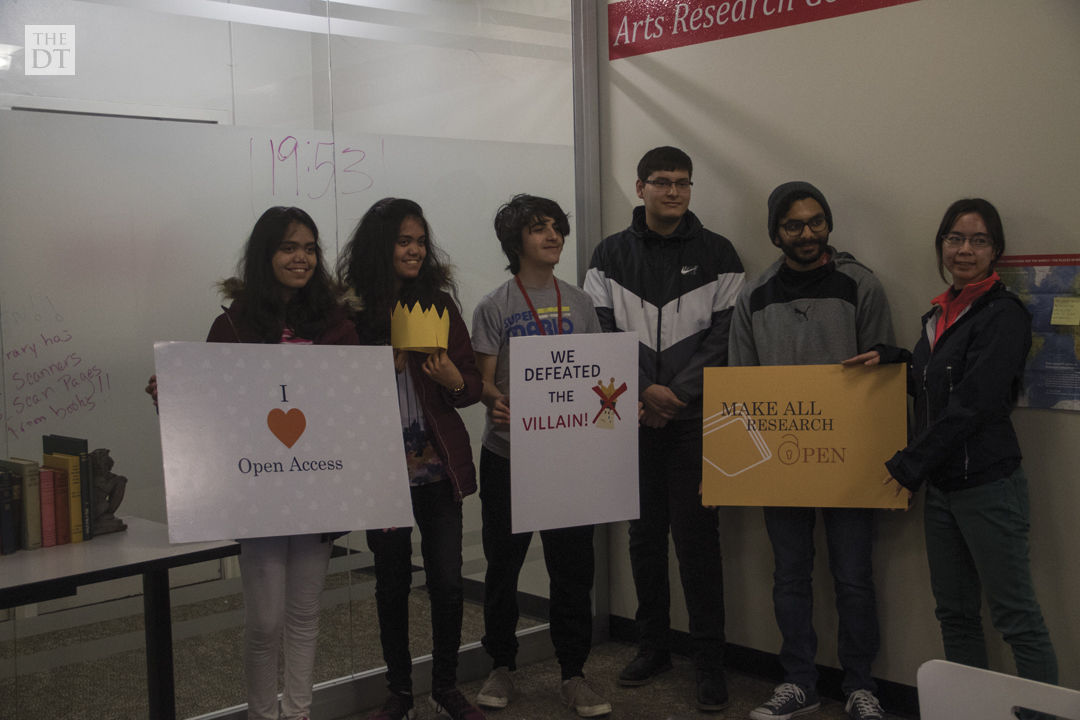 Students put together a puzzle to find the next clue at the Library Escape Room for Winter Raider  Welcome Week in the Library Arts Research Collaboratory Room at 12:30 p.m. on Jan. 16, 2020.

Students open their first clue at the Library Escape Room for Winter Raider Welcome in the Library Arts Research Collaboratory Room at 12:30 p.m. on Jan. 16, 2020.

Students put together a puzzle to find the next clue at the Library Escape Room for Winter Raider  Welcome Week in the Library Arts Research Collaboratory Room at 12:30 p.m. on Jan. 16, 2020.

The fastest time a group completed the escape room was 19 minutes and nine seconds, according to Barba.

As a part of Winter Raider Welcome, an escape room took place at the Texas Tech library Thursday.

Each group of students participating in the escape room had a time limit of 20 minutes to find clues, solve puzzles and learn about Open Access.

Barba played Belle, the librarian, where she acted as the host of the escape room.

“I really like to have games and puzzles here at the library for students to have fun, and so its not always an intimidating place,” Barba said.

Winkler played the role of Gisette, the evil queen of knowledge, who was the antagonist of the escape room.

“We love making the library less scary,” Winker said regarding the typical stress students usually feel being in library.

The two kept a similar script to the one provided by the University of Essex, Barba said. The escape room is guided by the librarian and the evil queen of knowledge. At the start, the Queen says she is taking away all research.

The objective given to the players were to find puzzles and solve clues to stop the Queen of Knowledge from locking down all research before the time runs out, Barba said.

The group is then told they have 20 minutes to open the box and beat the Queen.

Barba and Winkler also took the time to teach open access to the players throughout the script.

Open Access is the right to use free, online research in a digital environment. The scene of the escape room takes place 100 years from today, where they have “Diamond Open Access,” according to rules given to the participants.

This diamond access means there is free Open Access to all who cares to use the research.

In the beginning of the challenge, the group was required to choose a path, gold or green.

After completing either of the path’s challenge, the group then had to follow data, look for clues, solve puzzles and open locks in order to stop the Queen.

Omar Ortiz, a sophomore transfer student from Austin, said he found the escape room by originally participating in Tech’s welcome week events. This being his first semester, he wanted to visit the library to familiarize himself with the area.

Ortiz was a part of the first group to escape in 19 minutes and 50 seconds.

“With the room they had, I think they did a good job,” Ortiz said. “It was fun. Watching them act was pretty funny.”

The escape room was a great opportunity  to get a bit more comfortable in a new area, Ortiz said.

Even though this was Tech’s first Library Escape Room, Winkler said she and Barba could possibly see another in the future.