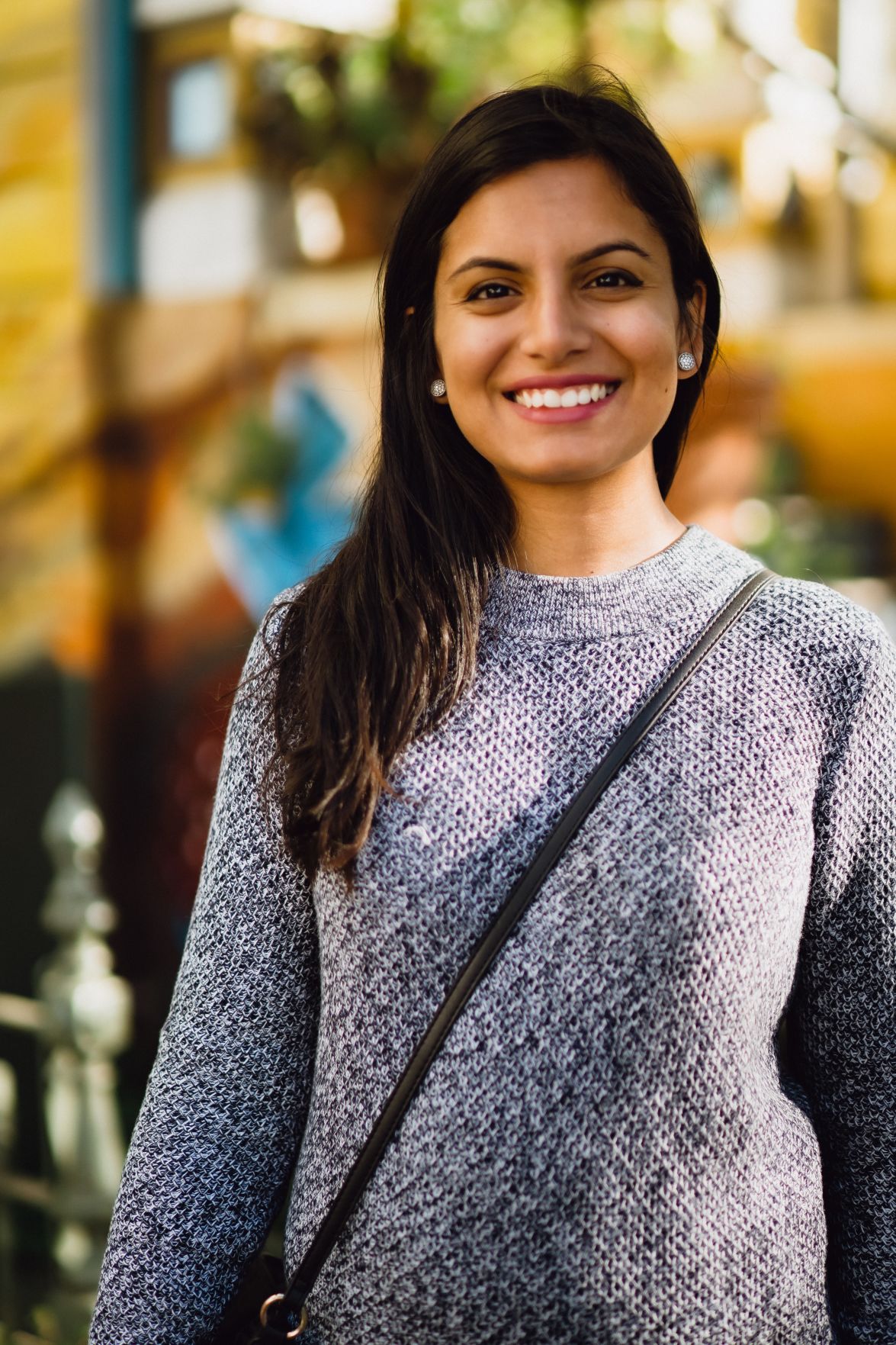 Saba Nafees is the founder of the Define American chapter at Tech. Nafees founded the chapter in 2014. 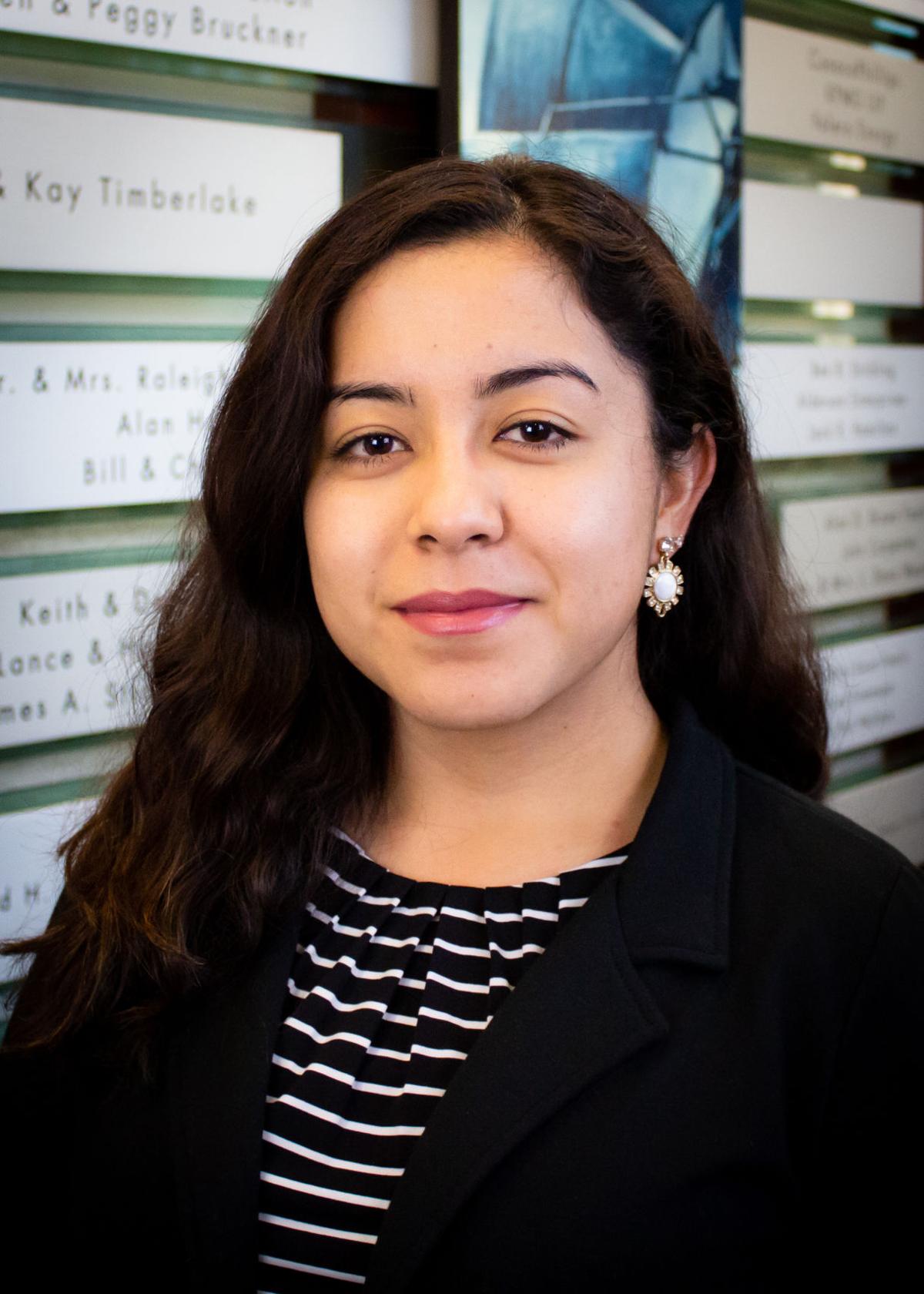 Yessenia Duran, president of the Tech chapter of Define American, is a finance and marketing major from Guanajuato, Mexico.

Saba Nafees is the founder of the Define American chapter at Tech. Nafees founded the chapter in 2014.

Yessenia Duran, president of the Tech chapter of Define American, is a finance and marketing major from Guanajuato, Mexico.

Editor's Note: A quote from Nadia Flores-Yeffal has been omitted, as it was incorrect. Flores-Yeffal's title also was changed. The DT regrets these errors.

The Texas Tech chapter of Define American is looking to continue growth and fill officer positions after its president and vice president graduate in May.

Saba Nafees, born in Karachi and raised in Lahore, Pakistan, moved to Fort Worth at age 11. Nafees founded the Tech chapter of the organization in 2014. She said she hopes to see continuity among officer positions to keep the Tech chapter thriving.

With the chapter’s president, Yessenia Duran, and vice president, Deborah Gbadebo, graduating in May, Nafees said she wants to ensure the organization continues to fill these roles.

“As long as we have a full slate of active officers every single school year, I’m happy,” Nafees said, sitting at her desk with rows of books behind her. “That means we’re doing things across campus and fulfilling our mission.”

While the non-profit, non-partisan organization now has around 70 chapters across universities nationwide, the first chapter was founded at Tech, Nafees said.

The goal of the organization is to change attitudes and opinions surrounding immigration and what it means to be an American citizen, Nafees said. The organization accomplishes this through sharing stories and educating others about immigration policy and immigrants themselves.

“Our initial interest always was to make changes on campus,” Nafees said. “We really have a passion for this, and we really feel like we can contribute.”

Nafees said regardless of where individuals are from, she wants them to feel like they can be part of a community at Tech.

“When I came, DACA didn’t exist and it was really, really tough,” Nafees said. “I want to make sure that undocumented students in the future don’t have that kind of difficulty if they’re trying to come here.”

While Nafees said the chapter has always had at least a couple members who are undocumented, she said the organization is open to anyone, regardless of his or her documentation status or political ideology.

“We don’t care if your conservative, Christian, republican, democrat, far-left or far-right, as long as we’re all together having constructive dialogues,” Nafees said.

Yessenia Duran, a senior from Guanajuato, Mexico majoring in finance and marketing, echoed Nafees’ point. She said the conversations and education they strive for are not about politics, but rather what is happening in immigrant communities.

“If you want to learn more and come into the conversation we welcome absolutely everyone,” Duran said.

Duran said she has always believed in educating and informing yourself before forming opinions. She said this is what the organization strives to do for others.

“A lot of people build their perspectives on things that are not even the truth,” Duran said. “Instead of just making conclusions and listening to what people say in the media, inform yourself.”

Duran said she believes humanizing issues that can be politically polarizing is an effective way to educate people.

“We believe that as long as you put a face to a story, you will understand what they are going through,” Duran said.

Duran said she first got involved with the organization in 2018, and a lot has changed since then.

“It was literally Saba and I, and five members that I can remember,” Duran said.

Currently, there are about two dozen active members, and dozens more on the chapter’s mailing list. Duran said she is excited about the growth, and wants to continue improving the chapter’s capabilities.

Nadia Flores-Yeffal, an associate professor of sociology, is a faculty mentor for the Define American chapter at Tech.

Flores-Yeffal said working with and for immigrant communities is very important. She said educating others about immigration is essential to changing attitudes and beliefs toward these communities.

Flores-Yeffal said she estimates there are at least 200 students at Tech that are either undocumented or DACA recipients. However, she said she has only met a handful of them.

“Most of these students feel very isolated, and they are scared,” Flores-Yeffal said. “It’s unfortunate that the students cannot come out and say, ‘I am undocumented and I am unafraid.’”

Flores-Yeffal said Define American provides education on resources that exist and the rights these students have. She said the organization wants students to know they do not have to identify themselves as undocumented or DACA recipients in order to receive help.

“They’re trying to do something to help them to get the resources that they need,” Flores-Yeffal said. “It’s definitely, you know, I think a great thing to do.”

Flores-Yeffal said she thinks of Define American as an umbrella organization. She said it is rare to find an organization with diverse and multicultural membership.

Flores-Yeffal said ultimately, providing support and a sense of community is about getting people to educate themselves, show up to events, and volunteer to help.

“We have so many students at Tech that want to do service,” Flores-Yeffal said. “They should also think about types of service and activities in which they’re going to help immigrants in the community.”