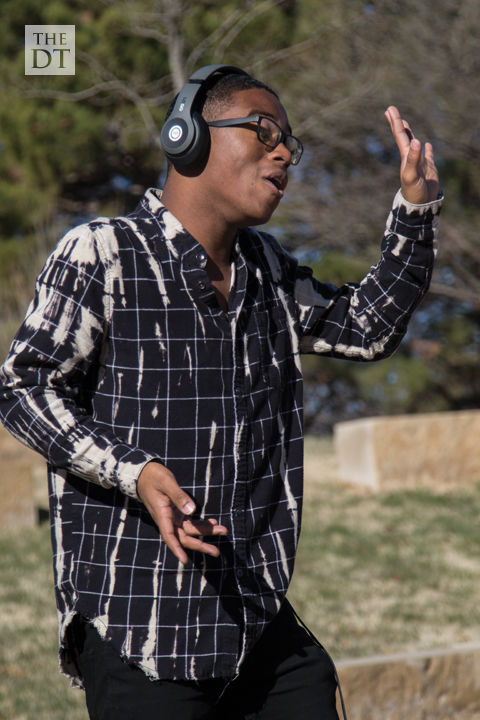 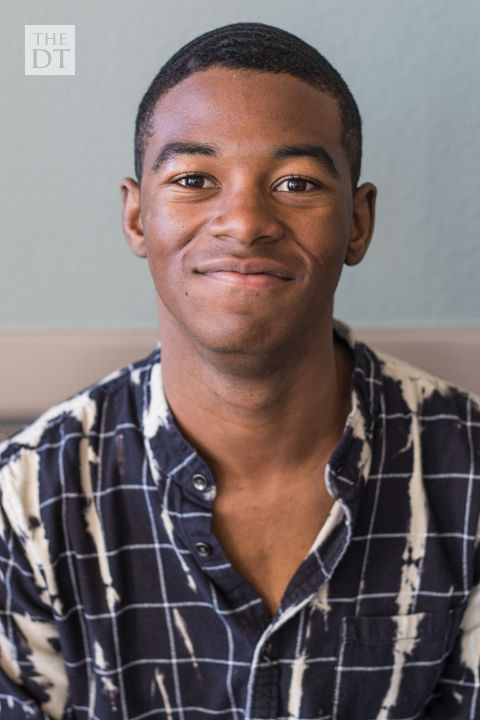 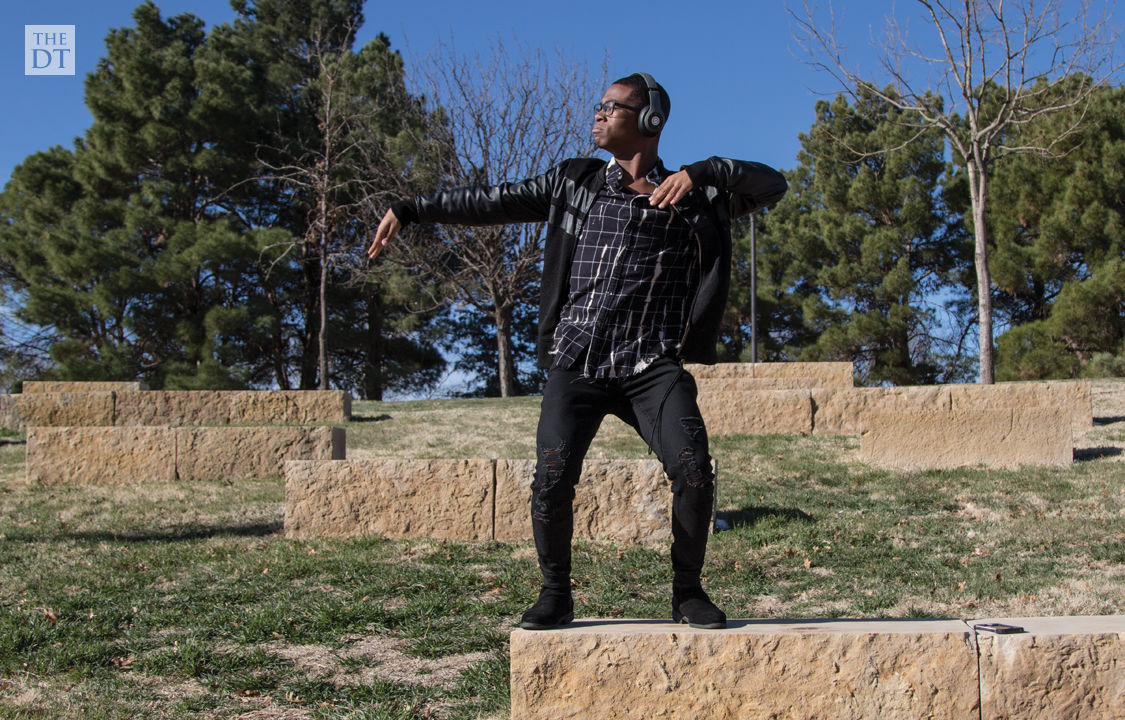 Marcelle Green may seem like a regular sophomore student in class, but his hobby makes him stand out and noticed around campus.

Green, a public relations major from Missouri City, has earned the nickname ‘Dancing Guy’ because he sings and dances all over campus, whether that be dancing to or from class or going to Urbanovsky Park to break out some moves.

Expressing himself through song and dance has been a way for Green to put himself out there more and make more friends at Texas Tech, he said. Through faculty and staff members spotting him dancing, he has developed close relationships with them.

“People normally introduce me as the kid that dances and sings around campus, so whenever I meet new friends or friends of friends, then that’s how they know me,” he said. “Sometimes, I’m friends with advisers because of it, because they see me.”

During his first year at Tech, Green said he was stopped by police who were taken aback by his attention-grabbing dancing. He said his encounters with police were because his dancing is very “out there” and is something they had never seen before.

After the first couple of times campus police officers stopped him, Green said most officers started to know him by name.

Regardless of the number of people who have seen him sing and dance around campus, Green said the style of song and dance he does on a certain day depends on different factors.

When it comes to what style of dance Green prefers, he said he does his own thing and freestyles his moves, sometimes adding some choreographed moves where he sees fit.

The genre of music Green said he likes to sing and dance to depends on what mood he is in, but his favorites include pop, hip-hop and rhythm and blues.

Even though his interests in certain music are  factors in why he sings and dances, Green said opportunities at Tech have also sparked his want to perform in public.

Green got his start singing and dancing through extra-curricular programs at Tech including Dancers with Soul, Matador Singers and the Tech Tones, he said. With Dancers with Soul, he has performed at numerous halftime shows at Tech men’s basketball games.

Whether it be singing and dancing on campus or in front of a crowd of hundreds of people at the United Supermarkets Arena during basketball games, performing in public is a hobby that may involve certain levels of confidence depending on the person.

Regarding gaining the confidence to do what he does, Green said he had to let go of his fears of being judged and just do what he loves.

The positivity Green hopes to spread though his music ability has reached many students at Tech as they see him dancing and singing when walking around campus.

This semester alone, Eliza Jones, a freshman animal science major from Austin, has seen Green dancing many times. She said his dancing makes her smile and brightens her day .

“I see him a lot, especially near MCOM or on my way to the SUB, and I think it’s so cool that he just dances and doesn’t care what anyone thinks,” Jones said. “I feel like especially in today’s society, people are too caught up in fitting in and being ‘normal’ so it’s awesome how he’s just being his true self.”

Emily Brooks, a junior psychology major from Leander, said she has witnessed Green’s unique dancing at Tech as well.

“I’ve seen him dancing since last year, and it’s the coolest thing,” she said. “I even look around for him when I’m walking to class to see if he’s out here dancing.”

Brooks said she envies Green’s dancing skills and ability to perform in front of people.

“Honestly, I wish I could dance like that and be as confident as he is,” she said. “He doesn’t care if people are watching. He just goes for it.”

Putting oneself out there the way Green does can seem scary for some people, but he said he does it to make people happy and be his true self.

“One thing that I want people to know about me is that I try to spread positivity out there throughout my life on a day-to-day basis. I know I’m still human, so it’s like, sure I might seem happy all the time, but there are moments where I’m not as happy,” he said. “But even if I’m not as happy, I will try to still, like, put on that nice smile if not for me then also for other people because I do care.”